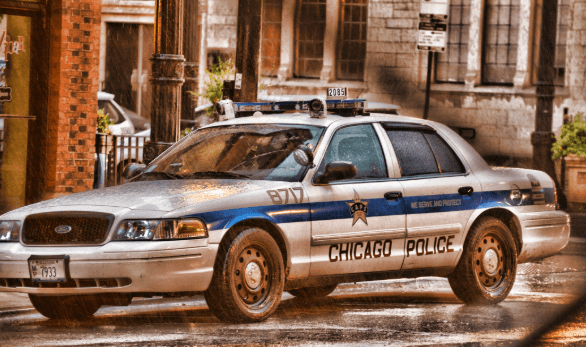 They laughed as they shot into a small crowd that included a 2-year old baby. Security camera footage shows two men walking into a barber shop, glancing around and retreating to the city sidewalk. Once past the barber shop door, they spun around 180 degrees and opened fire through the front windows. Smiling and laughing as the sent a hail of bullets into the small crowd of about thirty people trapped in the small barber shop. The five people wounded in this senseless attack included an eleven-year-old, a twelve-year-old, a sixteen-year-old and two adults. Luckily, the two-year-old made a small target and was not wounded.

Politicians in Chicago find that abhorrent, even though they created this culture of violence. Either by ignorance or irrational sympathy, our leaders have diluted the respect of rules and laws set forth by a civilized society.

With the help of certain outside resources like George Soros, the states attorneys’ offices and the district attorneys’ positions across the nation are being hijacked by leftwing, anti-police, pro-criminal, progressive social justice movement. This movement is directly responsible for actions like those that took place in the Chicago barbershop.

Do we recall the day that the president of the United States stated that a police officer acted stupidly? He declared this on a national broadcast BEFORE any relevant information was available. The police officer simply requested identification from a man who was observed by a caller attempting to break into a house.

Investigation revealed that this individual lived in that home and had simply forgotten his keys. As police protocol dictates, the officer on scene requested identification in order to verify the individual’s story, which was confirmed and the subject was assisted in entering his home.

The issue here was that the president, a Chicago activist before becoming United States President, only saw race, a white police officer hassling a respected black home owner. He used the presidential bully pulpit to initiate the attack on our criminal justice system. This was the impetus for the anti-police rhetoric and the progressive social justice revolution leading to decriminalizing criminal actions.

What soon followed was the revamping of the bonding procedure allowing violent criminals to be released back into society without adequate guidance. Decriminalization of drugs and theft. Car break-ins, once known as burglary to an auto are completely ignored in many progressive cities. Public urination and defecation are overlooked while calling someone by the wrong pronoun could wind up triggering a court date.

Injecting a speedball of heroin and meth while sitting on the sidewalk is overlooked while possession of a plastic straw could lead to a huge fine. Pitching a tent blocking a person’s door to his business is acceptable, but God forbid the storeowner tries to remove the blockade, he will go to jail.

Traffic stops and car pursuits are a thing of the past. In the northern suburbs of Chicago, sh**heads from the city regularly steal cars in the predawn hours. If they are detected, they simply initiate a traffic pursuit and the local jurisdiction immediately calls off the chase.

High-end stores on the Gold Coast of Michigan Avenue in Chicago’s most expensive real estate are now being attacked in force. Groups of south and west side teens flood into these stores in wolfpacks and scoop-up whatever expensive items they can grab and simply run out of the store. Security guards and police officers are no longer allowed to physically prevent their escapes because the thefts are considered non-violent. Non-violent! In Cook County, some charges of possession of a firearm are now considered non-violent offenses allowing the person arrested to be released without posting any bond. And remember, if there is an illegal alien charged with a rape or murder, God forbid ICE is notified. The officer notifying ICE would be terminated while our progressive criminal justice system would allow this violent criminal to once again walk the streets without hesitation.

Two quick examples of this progressive social justice were displayed in the Chicago’s Sun-Times on January 20.

Raul Silveyra was charged with murder after being accused of stabbing a person to death. Silveyra was out on bond on a charge of reckless discharge of a firearm, as well as being on supervision for two counts of driving under the influence convictions.

Examples of this progressive social justice malfeasance are not difficult to find, open any newspaper on any given day. Until we fight back as a civilized society, I don’t believe it’s going to get any better.