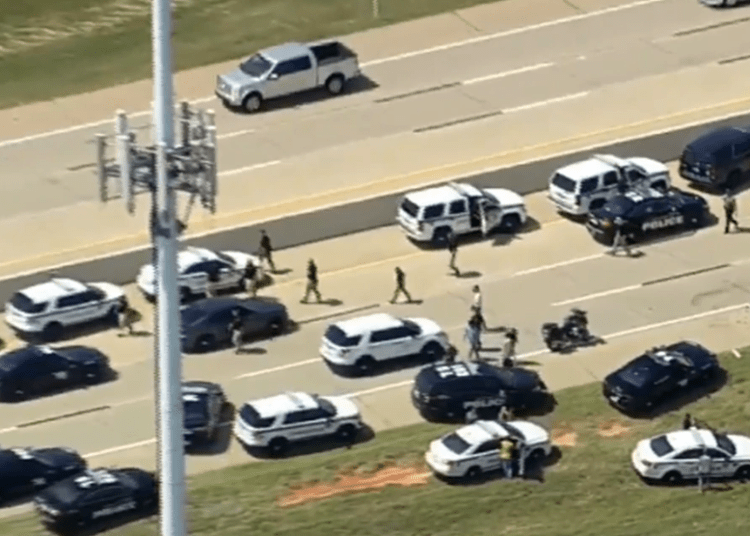 Our sources tell us that some are in critical condition.

ABC 8 Reports that CPR was performed on two officers.

The collision, which occurred at approximately 11:00 a.m. was transporting the body of Sergeant Johnson from the Tulsa Medical Examiner’s Office to Oklahoma City.

The family of Sergeant Johnson had donated his organs and today’s procedure, which was to take place in Oklahoma City, was for his tissue donation.

Along the way, other agencies joined in, including the Oklahoma Highway Patrol and the Oklahoma City Police Department.

Sources indicate that as the procession entered the city limits of Oklahoma City, a car stopped on the highway, causing one Oklahoma Highway Patrol Motor Officer to crash into it.

The crash happened west bound on the Kilpatrick Turnpike.

That crash caused the collision of several other motor officers.

ABC 8 reports that three troopers were involved in the crash and that “life saving procedures” were performed.

Sergeant Craig Johnson died Tuesday, after he was gunned down by a suspect following a traffic stop.

Tulsa Police Officer Aurash Zarkeshan was also shot and continues to fight for his life. Both officers were shot in the head.