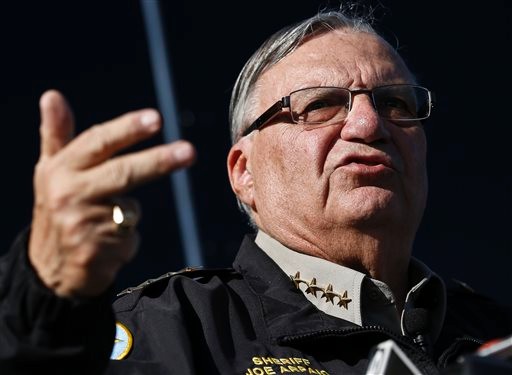 Arpaio was convicted in July of criminal contempt for defying a federal court order to stop detaining individuals suspected of being in the country illegally. The former Arizona sheriff is known for his tough-on-crime stance and supported Trump during the presidential campaign.

Trump hinted at the pardon during a Tuesday rally in Phoenix where he said: “So was Sheriff Joe convicted for doing his job? I’ll make a prediction. I think he’s going to be just fine. Okay?”

The White House praised Arpaio’s career of service in a statement and said: “Throughout his time as Sheriff, Arpaio continued his life’s work of protecting the public from the scourges of crime and illegal immigration.  Sheriff Joe Arpaio is now eighty-five years old, and after more than fifty years of admirable service to our Nation, he is worthy candidate for a Presidential pardon.”