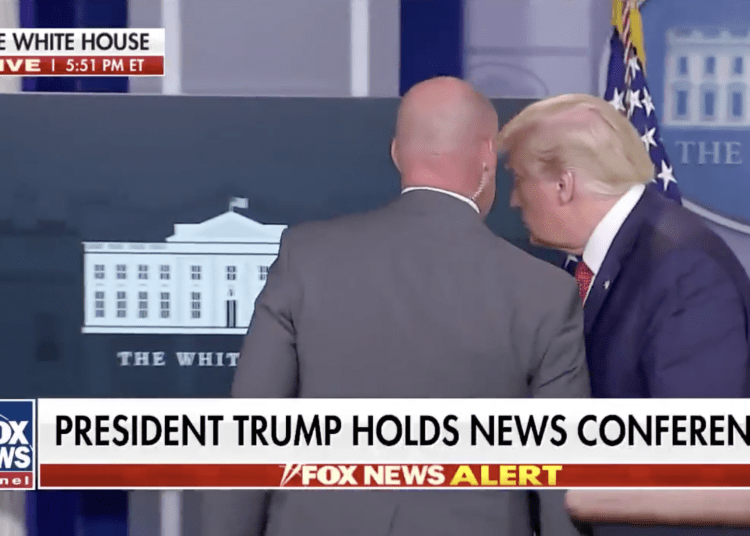 WASHINGTON — President Trump on Monday was abruptly escorted away from the White House briefing room just a few minutes after taking the podium for a press briefing, but quickly returned to tell reporters, “There was a shooting outside of the White House.”

Telling reporters what he knew about the situation, the president said it “seems” a person was shot by Secret Service and has been taken to the hospital, FOX reported.

Several minutes after initially taking the podium, someone – who appeared to be a Secret Service agent – told the president something before Trump stopped and walked out of the room.

“Excuse me?” the president said to the agent before exiting.

While reporting on live TV, John Roberts of FOX News reported hearing the sound of gunshots outside the White House as the briefing began.

When Trump returned to the podium, reporters peppered him with questions regarding the shooting.

Trump said a shooting took place outside the premises of the White House near the fence. He said more information would be released later by the U.S. Secret Service, but there was no further threat to the Capitol or the White House.

One reporter asked if the shooting unnerved him. Calmly, Trump asked if he appeared bothered, while heaping praise on the security provided by the Secret Service.