Portland Police Chief: ‘We are done with criminal activity in this city’ 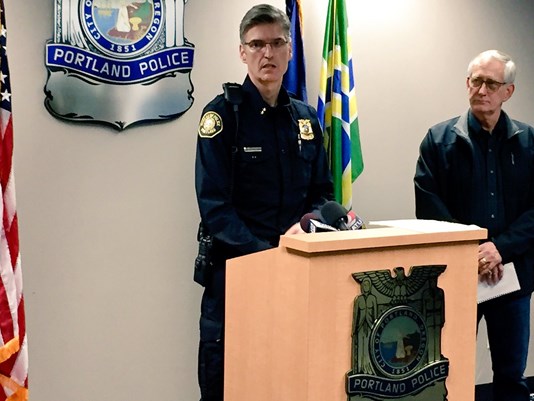 After nights of protests and riots, Portland city leaders said enough is enough.

“Going to the streets for another night is not going to keep Donald Trump from taking office. It isn’t going to change anything,” said Portland Mayor Charlie Hales.

Hales pleaded for people who want to protest Donald Trump’s election as president to do so in other ways, such as joining local groups who need volunteers.

“There has been great unrest about this election. And there are people who are profoundly concerned about the future of our country. I’m one of them. But here’s my message. That is not the work of four days. That is the work of four years,” Hales said. “Get involved. But don’t come participate in a protest in downtown Portland that has been taken over the last three nights by people who simply want to fight with police.”

“If you’re upset with the election, please don’t come out and protest,” he said. “We are done with criminal activity in this city. It’s time to move on and to move forward,” Police Chief Mike Marshman said.

Share and speak up for justice, law & order...
Tags: Newsportlandprotestsriots