Charges were dismissed against the thief 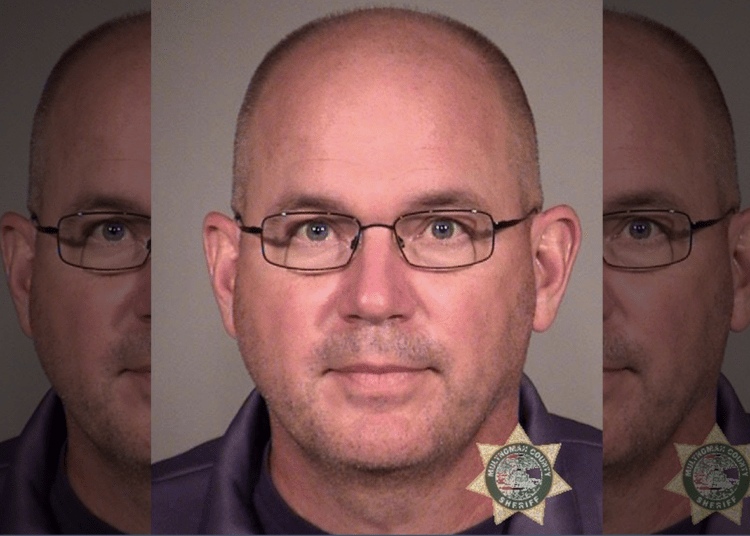 PORTLAND, Ore. — A Multnomah County grand jury has indicted a former Portland police officer on official misconduct and other charges and accused him of driving into a man seen running from a Northwest Portland skateboard shop that was vandalized during civil unrest in mid-June.

Groshong, who retired in August after a 27-year career, was working undercover surveillance during the protests and driving an unmarked van.

No one from the Multnomah County District Attorney’s office would discuss the indictment Wednesday afternoon. “I have no information to provide,” said spokesman Brent Weisberg.

But Daryl Turner, president of the Portland Police Association, issued a statement condemning the prosecution and suggesting that politics is playing a role in the case.

The indictment hasn’t been filed in court, but, according to the police union and the manager of the Portland Skate and Snowboard shop, the incident occurred just before midnight on June 15.

Groshong and Portland police Sgt. Chris Kenagy were doing surveillance in the area of Northwest Ninth Avenue and Davis Street and heard glass breaking, according to court records from arrests made that night. Groshong drove up to the skate shop and recorded one man reaching in and taking two skateboards and another snagging a third board before running off, the records indicate.

A short time later, another man walked up to the store, stole a helmet and darted across the street, said shop manager Kevin Nimick.

A video by an area resident caught an unmarked black van racing east on Davis Street up to the alleged helmet thief, who was running across the street near 9th Avenue, and shows the van strike him near the intersection, knocking him off his feet and onto the sidewalk.

The driver’s side door of the black van opened but no one appears to have stepped out of the vehicle, and the man who had been struck ran off, according to the video.

In the video, the alleged thief also appears to drop the stolen helmet and left it behind before he ran away, Nimick said.

The suspect was arrested by other officers some blocks away but the charges have since been dropped, The Oregonian reported.

The man, who wasn’t identified, later accused Groshong of driving into him and then driving off, Turner said.

Groshong contends the allegation is false, according to Turner and Groshong’s lawyer Steven Myers.

Groshong didn’t know he had struck the man who ran across the street, Myers said.

“He ran across the street in front of the van in the middle of the road at night carrying stolen items,” Myers said. “It’s preposterous to come to the conclusion that Groshong knew he hit this individual. The suspect pops up and runs for five to six blocks and is caught six blocks away.”

The thief ran in front of the vehicle of an independent witness near the scene and didn’t show any sign of injury, Turner said.

“Instead of the suspect facing consequences for looting, this veteran police officer finds himself the target of misplaced criminal charges,” Turner said in his statement. “Incredibly, this suspect now claims the police knowingly hit him with the undercover surveillance van when the officer drove towards him to document his criminal acts. That claim is false, self-serving, and runs completely counter to the independent eyewitness who observed the suspect running away from the scene of his crime.”

Turner said the grand jury didn’t hear from the independent witness when the case was presented by an outside prosecutor from Marion County, according to the news organization.

“There is no justice when politics are injected into the criminal justice system,” he said in his statement. “We ask our community to be patient while the justice process unfolds. Wait for all the facts before passing judgment. We trust in our criminal justice system when the system fairly and objectively applies the rule of law. Once the full picture is revealed, we are confident that justice will prevail and the officer will be exonerated of all charges. We stand by our officer, truth, and justice.”

After seeing the thief fall to the sidewalk, Groshong opened the driver’s door of the van but didn’t get out, his lawyer said.

“He was ready to get out to apprehend him but his sergeant yelled at him to stay in the car because it would blow the cover for him to approach,” as Groshong was working undercover in plainclothes that night, Myers said.

The skateboard shop manager said he wanted charges pursued against all those who broke into the store that night, the second time the shop was hit in about a week, The Oregonian reported.

That night, Groshong and Kenagy had radioed the description and path of travel of the men they witnessed initially smashing out the shop’s windows and taking the skateboards. Other officers arrested two men in their 20s on burglary allegations. One of the men acknowledged that he threw a rock that smashed the shop windows and he and his friend reached in and stole longboards. The burglary and criminal mischief charges were later dismissed. The district attorney’s office said the criminal investigation into the break-in and thefts at the skateboard shop remains open and a final charging decision hasn’t been made.

A Salem police detective investigated the alleged police van strike of the pedestrian after the Police Bureau’s detective division learned of the allegation on June 25, police said. A Marion County prosecutor is expected to handle the case against Groshong in Multnomah County Circuit Court to avoid a potential conflict of interest.

“As policing professionals, we have a responsibility to ourselves, to each other, and to our community to adhere to the oath we swore as public servants. We have to hold each other accountable to the high standards of our profession and the expectations of the community,” said Chris Davis, Portland police deputy chief. “It is important to know our process of police accountability is working and is proceeding as it was intended.”

Kenagy, who was riding with Groshong that night, apparently was trying to film the vandals on a videocamera from a back seat of the van and didn’t know someone had been hit by the van, a source said. Kenagy has not been charged.

Groshong was booked on the nine-count indictment Thursday at 5:07 p.m. He’s scheduled to make his first appearance in court on Dec. 28, according to county records.