It Doesn't Have To Be This Way 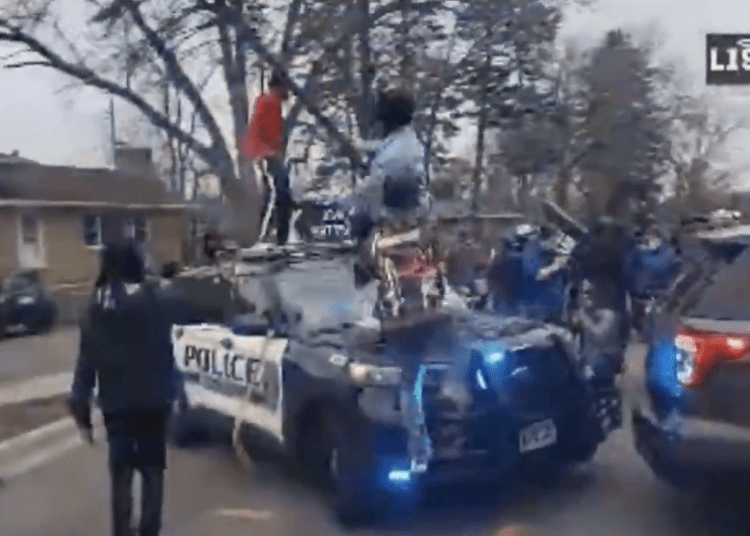 Being a cop has always been hard. The physicality of the work. The emotional toll on the psyche. The long hours. The grizzly scenes and smells. Having to make a decision that both saves lives & upholds the Constitution in a mere second.

It takes a special person to willingly do this for a living. And thank goodness for that, because who else will stand between us and our worst nightmares?

Once we lose that protective barrier, we descend into chaos and lose our freedoms guaranteed under the Constitution.

I don’t need to tell you that policing is in a downward spiral, that cops are feeling demoralized and police departments are struggling to retain qualified officers.

It’s not hard to figure out why policing is in trouble. The media misrepresents them. Politicians, district attorneys, and career climbers use them as leverage. People try to harm and kill them; in fact, ambush-style attacks on cops have increased by 115% since 2020. They have little support from the public, elected officials, and sometimes even their own command officers and unions.

The trajectory is not sustainable.

And this is the reason why I’ve started this newsletter: to help change the trajectory. There’s a lot to unpack on the topic of policing, and I’ll be addressing them in upcoming posts. More importantly, I want this newsletter to be a vehicle for actual advocacy.

So who am I to speak on policing?

I’m not a police officer and I don’t consider myself an expert on law enforcement by any means. I’m just a citizen who ran a grassroots group to support local cops at a time when they were (and still are) under attack.

Some of our accomplishments: Lobbied successfully for additional funding for the Madison Police Department. Passed a state law to benefit the Wisconsin Law Enforcement Memorial Fund (WLEM). Hosted a special vigil to honor Wisconsin’s fallen heroes after the WLEM was vandalized. Held four separate annual community-attended appreciation parties to celebrate Madison police officers. Hosted a “We Support our Police” yard sign project which residents across the city displayed on their properties. Maintained an advocacy and education website. Pushed back against false narratives. Gave a host of interviews to local news stations and radio personalities.

Though I disbanded the group in 2019, I never stopped caring about law enforcement. In fact, I’ve been working behind the scenes trying to get the attention of legislators. Here’s an email I sent to several Wisconsin state representatives just the other day.

Your Pro-Cop Wisconsin Campaign is a good start, but it barely scratches the surface of the issues plaguing law enforcement.

Monetary incentives, are of course, a good way to show appreciation. Your proposal is similar to what other states, including Florida, are doing to recognize our heroes and aid in recruitment and retention. Governor Ron DeSantis, however, has taken pro-police legislation further in the state of Florida.

In part, the Combatting Violence, Disorder and Looting and Law Enforcement Protection Act prohibits the distribution of state grants to any local government that slashes its police budget; and more importantly, makes striking a police officer during a violent or disorderly assembly punishable with a mandatory six-month jail sentence.

Governor DeSantis and Florida Republicans created this bold legislation in 2020, to address the growing number of attacks and ambushes toward police officers, which surged during last summer’s riots.

Though I’m sure police officers appreciate the show of support, I question why it’s taken Wisconsin Republicans this long to create pro-police legislation. The war on cops pre-dates the summer of 2020’s riots –  police recruitment and retention started hemorrhaging circa 2015.

Though a monetary bonus might entice good applicants to apply to become police officers, money alone won’t keep them there. Officer morale has plummeted for reasons that have little to do with compensation.

It’s not just that police departments are being defunded and ambush-style attacks on police officers have increased a whopping 115% from 2020. Or that they receive very little support from elected officials, the public, and sometimes from their very own police and union leadership.

As Progressives seek to decriminalize crime and dangerous felons are repeatedly released or not even held pre-detention, cops are being micromanaged and held to task for every perceived slight. There is something very wrong with our system when felons are allowed to re-offend, while cops (a recent example is Kim Potter) are severely punished for human error. Who wants to work under these conditions?

The solutions are actually quite simple and will require action from a number of parties.

A large part of the responsibility rests with we the people. We need to elect pro-public safety candidates – including representatives, senators, mayors, council people, sheriffs, judges, and district attorneys. We need to become more involved when laws our being created. We need to speak out to our elected officials and the press when our criminal justice system experiences decay.

Legislators, however, need to take a much bigger role in supporting & protecting police officers.

Very broadly speaking, you can:

I also urge you to speak to actual rank and file officers, not just chiefs of police and union officials. They’re the ones who can best speak about the perils of policing in this current environment, and how the decriminalization of crime is impacting the ability to do their jobs.

With the sweeping results expected in the upcoming mid-terms, Republicans have an opportunity to make real change for police officers and public safety. People will be voting for Republicans so they can get Democrats out of office, not necessarily because of Republican accomplishments. If Republicans fail to deliver, they can find themselves on the losing end the next time.

For more than three years, I ran We Support the Madison Police Department. During this time, we held several well-attended appreciation law enforcement luncheons; lobbied successfully at the city level for additional police department funding; passed a state law to benefit the Wisconsin Law Enforcement Memorial Fund; and pushed back against false narratives, among other accomplishments.

I’d love the opportunity to speak with you about the above initiatives in greater detail. The mid-terms will be here before long and we need to be prepared.

Cops deserve better, as do we all.

As dismal as the state of policing seems right now, it really doesn’t have to stay this way. Things can improve for cops -and public safety- by implementing some basic measures at the legislative level.

My hope is that I can help inspire you to join me in protecting our protectors. Because without them, we will fail as a nation. If you know people who care about police officers, please encourage them to subscribe.

Are you on board?

Share and speak up for justice, law & order...
Tags: for the bluefree fallpolicingwar against cops