If law enforcement continues to play with clowns, we will become clowns 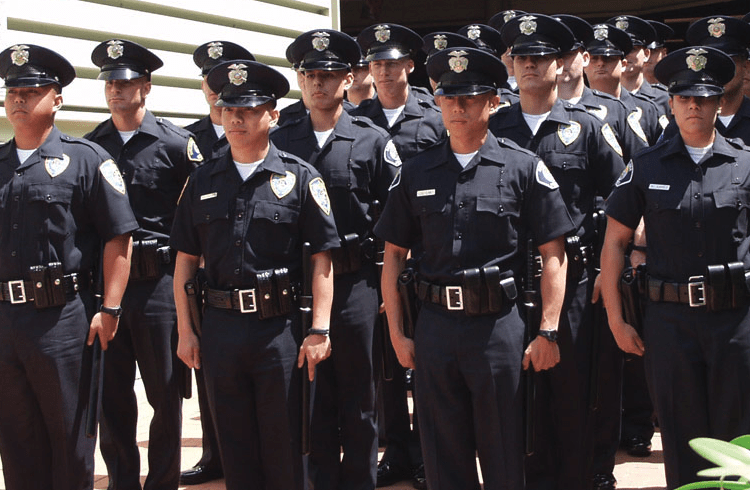 Unless you’ve been frozen in a block of ice for a decade, you understand that the law enforcement profession is facing some very difficult circumstances. Crime is up, retention is low, and recruiting is all but gone. While some believe that the current crisis is recent, there has been a slow churn towards where we are today and if our leaders don’t act now, the future will be bleak, and our communities may have law enforcement in the future, but they won’t exactly be doing “law” and “enforcement.”

If law enforcement continues to play with clowns, we will become clowns and that is exactly what has happened. I’ve always found it amazing that there has been a constant complaint from our profession of how the media reports stories, but we continue to rely on them to send our message to the public. If we truly want to improve the profession, we need to stop playing this game. The mainstream media has lost all sense of ethics and truth and the public knows that. A record low Americans trust them with just 11% of Americans having any confidence in television news. Virtually every “high profile” police case has started with lies from the media, so we need to understand who we are dealing with and just stop.

Today, more than ever, there is an opportunity for law enforcement agencies to be their own news agency. From websites to video to the various social media pages, law enforcement needs to drive their communities to their news and move them away from the media. Not only does this make sense, but the public is craving it. There was a reason why COPS and LIVE PD were two of the most popular shows on television and there are agencies, such as Miami PD, that have larger followings on YouTube than most cable networks. While the technology isn’t difficult, Law Officer offers a service that will facilitate the news for your agency that includes a unique domain name and even writers for articles.

If you must talk to the news, I would recommend doing what Pinal County Sheriff Mark Lamb does. He records any interviews he gives to the media to make sure their editors don’t do what we know they often do and when he suspects they will, he releases the interview before the media does. If we are serious about improving law enforcement, we must start with the media and destroy the false narratives that they have built through the years.

The dirty little secret in law enforcement is the sheer avoidance that many agencies take on real training. While there are some agencies that take this seriously, many simply “check the box” of what is required and move to the next year. This is both derelict and irresponsible. If beauticians and bankers are getting more training than cops, we have a problem and as I outlined in my book, that is exactly what is happening.

Law enforcement is a business of potential chaos and tragedy and when that occurs, those wearing a badge better have the best and most applicable training possible. On a regular basis, your officers need training on survival, firearms, defensive tactics, and leadership principles. If you want to truly “bulletproof” your agency, get your officers specialized training in mental health and medical techniques. It takes less than two weeks to get certifications in emergency medical responders and crisis intervention and the price paid will be more than worth it to avoid the pending doom if you do not have that in your toolbox.

Every city has a very small group of cop haters. They may be masking themselves as lawyers, activists, or concerned citizens but if their only goal is to derail you from your main mission, reducing crime, it is nothing but a distraction. Every bad idea and so-called reform that is currently destroying the profession has been from our leaders’ taking advice from them and it’s time that it stops. Bullies feed off of attention and if we keep giving them that, they will only double down on their “demands.”

Policing is a simple premise. Bad guys (and gals) commit crime and it is our job to stop them within the constitutional guidelines as set forth by the United States Constitution. We need to stay in that lane and stop dancing with those that have no desire to help us with that mission.

Collect and Report All Data

Nothing has been more destructive to the law enforcement profession in recent years than the narrative that the profession is racist. The cop haters call this “disproportionate” or “disparity” and it is a scam. Oddly enough, it is a fraud that has worked very well because we are permitting it. Law enforcement doesn’t get to dictate who commits crime, who calls 911 and who attacks cops but at the same time our leaders keep making promises that we cannot control when it comes to the so-called disparity problem in policing.

Frankly, groups like the ACLU and their lawyer minions must be laughing all the way to the bank at how easy it has been to convince the public that the profession is running out there and targeting minorities. This is accomplished through taking the data on police activity (arrests, use of force, etc.) and comparing that directly to the United States Census. In the scientific community, this is called “junk science” because the comparison is flawed. Law enforcement activity has nothing to do with the census and everything to do with crime. Any comparison with policing must be done by comparing who is committing crime and that rarely falls along the census.

This is an easy fix and I’m amazed at how few agencies practice it. Every agency should publish their data including arrests, stops and use of force and place the demographics of criminals right beside it. Every agency I’ve done this for has been practically dead even and thus, no disparity. Utilizing Part 1 crimes (Robbery, Rape, Burglary, Homicide, etc.)  is particularly effective at showing a “disparity” in crime because law enforcement doesn’t choose those criminals. The victims of crime do, and we simply arrest them.

Federal Law Enforcement needs local agencies to do just about anything and while we should continue those partnerships when it comes to fighting crime, we need to stop taking any money from the federal government that comes with stipulations. In particular grant funding today comes with an agreement from the local agency that they will adopt federal law enforcement policies and procedures. Until recently this would have included not using body cameras and today it can include adopting the use of force policies passed by the George Floyd Justice in Policing Act.

Not only do many of the requirements completely ignore what the United States Supreme Court has adopted such as limiting qualified immunity, banning no knock warrants, and limiting deadly force as a “last resort” only but it also takes away the use of the very effective and safe carotid holds. Of course, chokeholds have been a deadly force option for decades and that has also been banned, which leaves law enforcement with one fewer option before they have to shoot someone.

Most agencies haven’t skipped a beat and have continued taking the money and while I know many rely on the funding, they need to understand that once they do it, they are not running their police department…the federal government is and the last I checked, none of this is working well for us or the communities served.

There is much more to say on this topic, and I cover much more in my seminars and books, but we need to start somewhere. Not a week goes by where I don’t speak to someone facing these issues and I’ll be glad to help you as well. Fixing law enforcement may seem daunting but that is eliminated with real leadership.

Today, more than ever, it is real leadership that law enforcement needs.