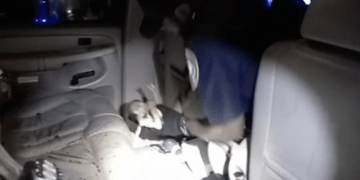 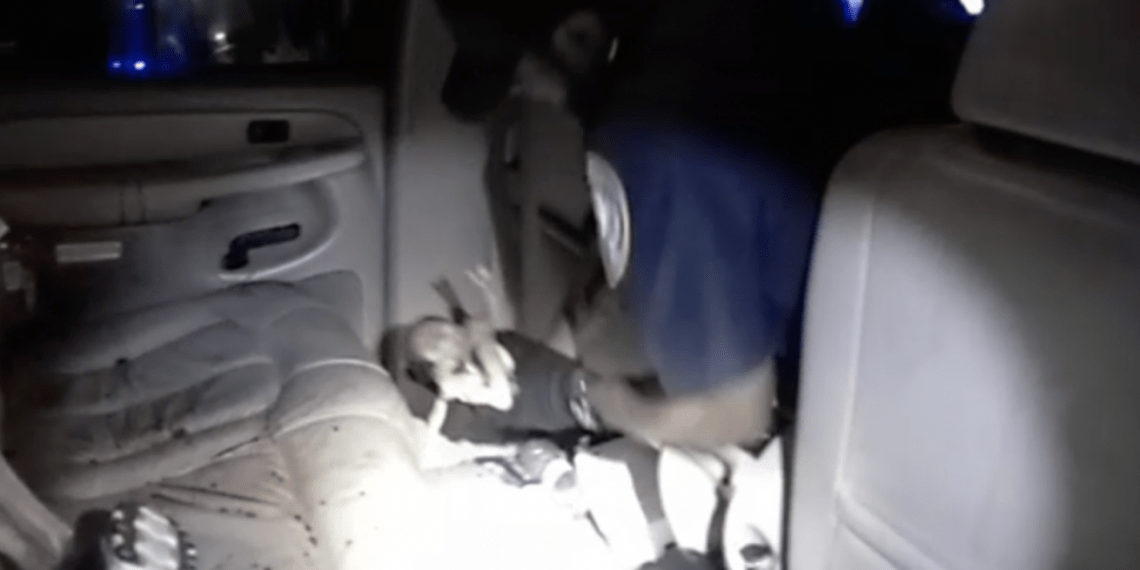 Police discover a newborn baby that was thrown under a seat when her mom delivered the child during a car accident. (Lilburn Police Department)

Krystal Jones was rushing her daughter, Crystan Graham, to the Gwinnett Medical Center on a wet road after she went into labor before dawn Monday, according to Fox 5 Atlanta. Apparently in her haste to get Graham to the hospital, Jones lost control of her Chevy Tahoe and hydroplaned off the Lawrenceville Highway and into the gate of a Hindu Temple.

Frighteningly, as the crash was happening, Graham delivered the baby while sitting in the back seat. In the confusion of the collision and childbirth, suddenly, they couldn’t find the newborn infant.

Fortunately, officers of the Lilburn Police Department were in the area.

Lilburn police discovered the newborn baby had rolled under the seat during the crash. Crazy story you're going to want to watch. @FOX5Atlanta https://t.co/ysVL93qHzj

Officer Danny Bride just happened to be driving by the scene moments before the accident occurred. Officer Cepeda Huff was nearby as well. Sergeant Matt Madden would arrive a minute later.

“Where was the baby at?” Officer Bride asked as he walked up to the chaotic scene, his body camera recording the entire encounter.

“We don’t know!” cried Jones. “I was just trying to get to the hospital.”

“Where was the baby at?”

“In her womb!” exclaimed Jones. “She was giving birth!”

“We thought the baby might have gone out the window because there was so much debris in the back,” Officer Bride explained during an interview with FOX 5. “Our concern was whether the baby got tossed into the backseat or got tossed through the window.”

The SUV’s windows had been shattered in the accident. Officer Huff tried to scan his flashlight across the wet ground, the pre-dawn darkness not helping one bit.

“With the Georgia red clay and a newborn baby, I was thinking it was blending in with the mud,” said Huff.

The officers searched the dark, wet ground and turned up nothing. Soon, their attention turns to the interior of the vehicle.

On the body camera video, you can see Bride suggest Huff look under the middle row seat of the SUV. He thought he saw part of the umbilical cord poking out.

She was there. And she was alive.

He picked her up, rushed her to a waiting ambulance, while the officers were able to deliver good news to the new mother and grandmother.

“We got your baby,” Bride says in the video. “Looks to be fine. She’s breathing and moving just fine.”

Baby Cea is recovering in the neonatal intensive care unit at Gwinnett Medical Center, according to the report. She weighed 3 pounds, 9 ounces.