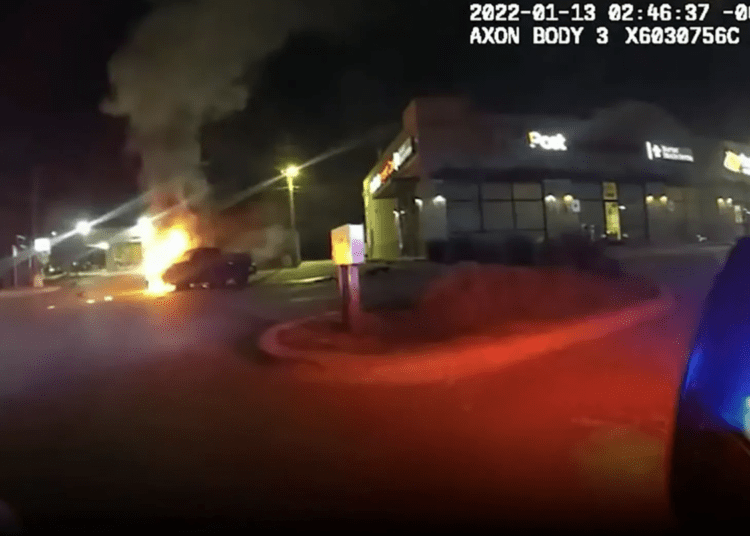 SAN ANTONIO – The San Antonio Police Department released body camera footage of an officer racing against the flames that engulfed a car to pull out a woman who was trapped inside.

As Garcia pulls up in her patrol car, the officer can be heard on her body worn camera telling dispatch that the car “is fully engulfed.” A group of bystanders meets Garcia as she exits her cruiser.

“Please, please, my passenger,” the driver tells Garcia. “Please, she’s my friend. She’s in my car.”

As Garcia rushes toward the burning car, a bystander can be heard saying the door won’t open. When Garcia tries to open the passenger side door, it appears locked or jammed.

Garcia goes around to the partially open driver’s side door as flames and smoke continue to spread across the front of the vehicle.

Additional officers arrived at the scene to help Garcia pull the woman to safety.

Those involved in the crash “miraculously” survived with only minor injuries, according to authorities.

“You can always count on San Antonio Police to respond in any way we know how,” the department said.

The cause of the crash is still under investigation.