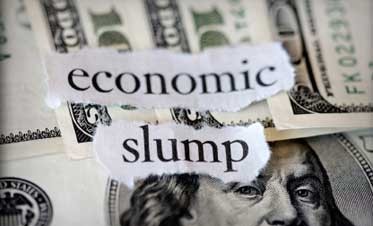 Police Morale in the Economic Downturn

Police Morale in the Economic Downturn

Our economy is in trouble!

Financial and industrial giants are scrambling for relief from the federal government, desperately trying to stay afloat. The future of the "Big Three" automakers, American institutions that employ thousands, and provide for the livelihood of millions are in serious financial trouble. Small "mom-and-pop" businesses that have long formed the backbone of local main street economies across the country are on shaky ground or, in many cases, failing outright. And real estate once considered a "sure thing" investment is stagnant, leaving many home and property owners bleeding money as they sit on homes they cannot sell and cannot afford to keep.

Now, unless you have been completely in the dark from any news service at all these past several months, you already know this. Our economy is in trouble. Perhaps the impact of a depressed real estate and investment market has touched you personally, or someone you know or live with has been a victim of a work slowdown or job loss, or your family's personal financial world has been altered. The ripple effect of our current economy is touching almost everyone.

At least there has always been some solace in the knowledge that, as cops, you are essential public employees. Unlike those in the business world, who can climb the corporate ladder but are at the mercy of the market, ours is a recession-proof work world. You may never get rich from this job but at least there is job security, solid benefits, and a good pension at the end of it all. Right?

Well, maybe not. Of course, law enforcement officers are still essential public employees providing essential services crucial to a free and orderly society, but it turns out the profession itself is very susceptible to the influence of market forces, and to the impact those forces have upon the public you serve. As individuals and families are taking financial hits to the pocketbook and experiencing consumer anxiety, the fallout has extended to the local, state, and federal government bodies that fund our departments and pay our salaries. Tax revenues are down as lowered consumer confidence causes more people to hold on tighter to the money they have. Reduced spending means reduced sales taxes. Slowed or shuttered businesses provide little or no revenue to government coffers. Stagnant real estate markets, especially in communities where previous healthy markets had provided a bonanza, are creating deficits as projected earnings fail to meet expectations. All the above, along with other factors, have created revenue shortages.

And those are just the tangible sources of a weakened budget. We cannot underestimate the psychological impact a weakened economy will have on people, and how that will affect law enforcement. As people feel compelled to tighten their own belts, they will likely demand the same of their elected officials. This is not necessarily a bad thing; most of us want greater accountability when it comes to our tax dollars. The problems for LE come when its ability to serve the public is compromised by poorly thought out responses to those demands for accountability, when staffing reductions hurt or even eliminate divisions and services offered by an agency, or when officer safety is compromised because there are fewer officers on the street. The reality is this: any staffing cutbacks will likely NOT be met by a corresponding reduction in what you are asked to respond to on the street. The public will demand fiscal accountability without sacrificing service when they call the police. Obviously, emergency, in-progress calls should be given top priority. Obviously, criminal complaints must be investigated in a timely fashion. But will non-emergency, non-criminal "service calls" be reduced? Only time will tell as the economic slowdown continues, but we suspect the people will demand of their politicians, who in turn will demand of police bosses and ultimately you, that ways are developed to do far more with much less. You will likely be going to all the "service calls" while seeing an increase in criminal activity that tends to accompany a weak economy.

Read recent newspaper headlines (and watch for more to come), that announce cuts to government agencies. Do an internet search and see just how many recent results pop up announcing the same thing. Many, if not most, of these stories speak of cuts to law enforcement. You will find stories about hiring freezes, eliminated programs, training and equipment cutbacks, releasing inmates from understaffed jails (just as probation and parole offices are cutting back, too), letting unfilled positions remain unfilled, and even officer layoffs. Fortunately, law enforcement is still a profession that generally respects seniority, but that does recently-hired officers no good. Would-be candidates for future jobs are discouraged from even applying, and the slack will be picked up by the remaining officers. In some places existing, counted-on benefits are being eyed for reduction or elimination. A few small agencies are even being considered for total disbandment, with their duties turned over to state or county agencies.

The threat to LE morale

It often seems law enforcement is viewed with a degree of suspicion by politicians, the media, and the public. It is one of the most visible occupations, and one that generates the strongest of opinions in people who really have no clue at all about the job. It is the most visible manifestation of the government and what their tax dollars pay for. As such, it is likely to be closely scrutinized by the public and politicians demanding fiscal responsibility (and remember, they typically do not understand much about the job yet hold strong opinions about how it should be done). The public pressure and resultant responses are likely to stress morale.

So what can you do to safeguard your own morale when your agency feels the impact of the economy? Consider the following:

It is suspected the economy may get worse much worse before it gets better. We do believe it will get better; ours is a very resourceful nation that has weathered tough times and come out stronger on the other side before, but it may take time. In the meantime, take care of yourself and take steps to defend your morale by defending your profession.