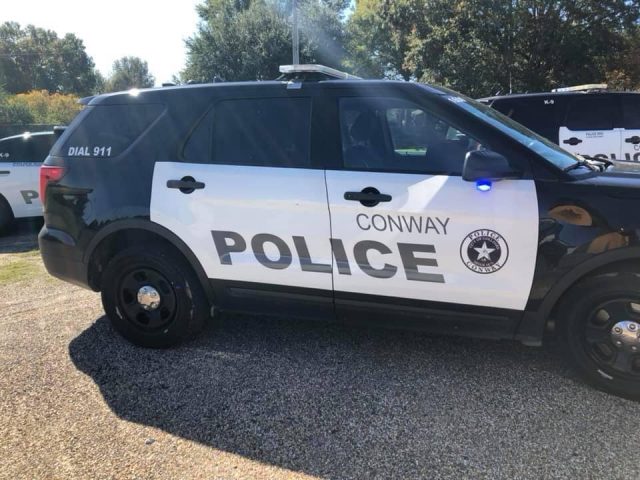 CONWAY, Ark. – A police detective of the Conway Police Department was indiscriminately fired today for using a perceived slur when referring to a suspect during a pre-raid briefing, Law Officer has confirmed through sources. The “offensive” word is the same term of endearment he uses for his children.

Members of the Conway Police Department were gathered at a staging location in a parking lot for a pre-raid briefing recently. With a warrant in hand, the lead detective briefed patrol officers on the operation.

During the briefing one of the officers activated his bodycam. As a result, the white police detective was heard saying, “We’re going to let Davis put the cuffs on this monkey since he worked so hard.” The suspect in the case is black.

Apparently, one of the officers notified the chief who then launched an inquiry.

The detective in question has used this as a term of endearment with his own children, as many others have as well. “These monkeys are giving me a headache today,” he’s written on his personal Facebook page when referring to his children.

Nevertheless, regardless of the context or motivation on the part of the detective, the chief and mayor concluded this was an offense that required termination, according to Law Officer sources.

Moreover, the seven-year veteran with a stellar record of service, and known as a “great cop” with no prior disciplinary issues, was shown the door; “You’re fired!”

So yet again, cops are not allowed to be human and laugh about the depraved environments in which they work—like decorating a Christmas tree with local favorites that were deemed racist and offensive.

Law Officer sources do not believe the detective in question had any racial malice when making the innocent comment.

Regardless of your perception of the term used in this context, it certainly doesn’t merit termination, and is widely used by people everywhere when referring to individuals who are running amok.

Admittedly, it would be unprofessional to use the term when dealing face to face with anyone, regardless of race. But equating it to a racial epithet worthy of termination is shortsighted.

For those who think the chief is being “brave,” we beg to differ.

Earlier this month a Conway police officer was suspended after he was video recorded dancing naked at a Little Rock nightclub.

Conway Police Officer Cebron Hackett was suspended without pay for 30 days and ordered to complete remedial training—whatever that is. He was off-duty and appeared to be “highly intoxicated” when he removed all his clothes at Discovery Nightclub on Oct. 13, Chief Jody Spradlin wrote in a letter of suspension, Law Officer reported at the time.

“Your actions have brought discredit and embarrassment upon the Conway Police Department and could have resulted in your arrest for Public Intoxication,” the letter says.

Ofcr. Hackett is black. He was not terminated.

So the conclusion is this: If you’re a white Conway police detective, you cannot privately use the term “monkey” when referring to a wanted black suspect without being fired—even if you use the same term with your own children.

Yet if you’re a black police officer, you can get blitzed at a bar, strip naked and begin dancing all over the club like a total idiot, and keep your job.

Truck with 100 monkeys crashes, some missing

Arkansas officer runs into burning home to get people to safety