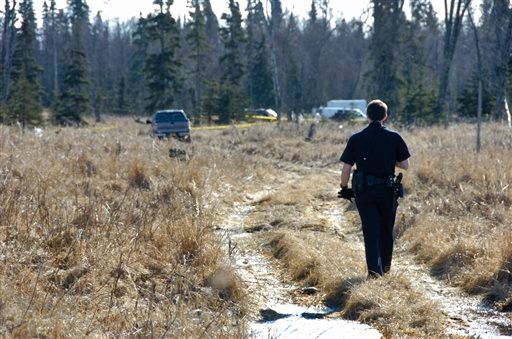 ANCHORAGE, Alaska (AP) — Police in Alaska say a woman and her two children died in 2014 at the hands of her boyfriend who then killed himself off a trail near the family's home in Kenai.

The family's disappearance in May 2014 sparked a massive search by authorities and the FBI.

On March 21, a person spotted human remains while driving along a trail through woods less than a half-mile from the family home.

Police recovered two guns next to Jividen's body and said had bought both weapons.

Kenai is a community of 7,100 about 65 miles southwest of Anchorage.