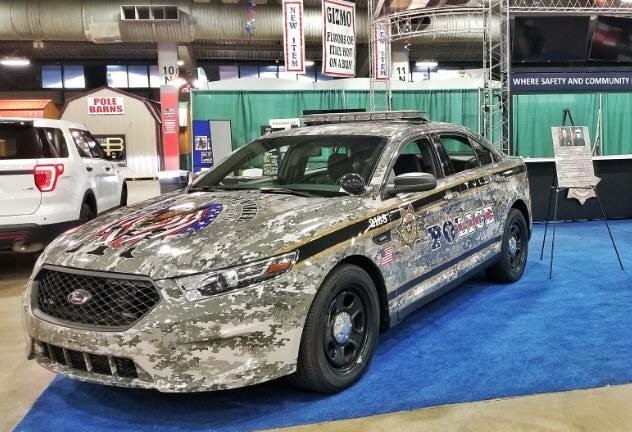 A newly wrapped patrol car is making its debut at the Tulsa State Fair. It’s dedicated to a former officer who died while serving as a Marine in Iraq.
.
Jared Shoemaker was killed in action in Iraq in 2006 after his reserve unit was deployed.
.
Tulsa Police unveiled the car Thursday. It’s decorated in Marine Corp camouflage with red, white and blue. The department said it’s dedicated to Shoemaker and other veterans who serve on the police department.
.
“To represent the Marines who work for our department, the Marines who lost their lives, the Marines still fighting for our country,” Sergeant Richard Meulenberg said.
.
According to the News on 6, the car will hit the streets as part of normal patrols.