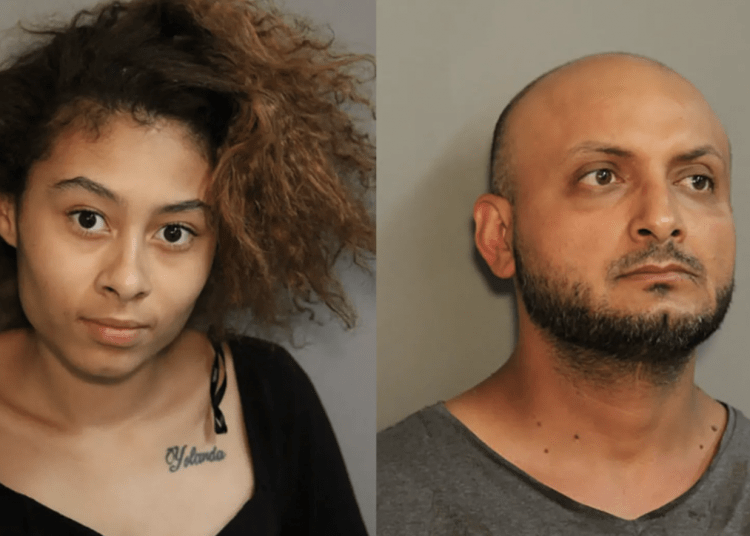 Joslia Williams (left) and Sergio Hernandez (right) are facing sex crime charges in connection to the death of 15-year-old Melissa Kaylanna Rendon. The charges could be upgraded to murder once the medical examiner's investigation is finished. (Oak Park Police Department)

OAK PARK, Ill. — Police have arrested two suspects after the body of Melissa Kaylanna Rendon, 15, was discovered in an alley Aug. 7. The girl had been drugged and raped, according to reports.

Joslia Williams, 18, and Sergio Hernandez, 40, have been charged with sex crimes and concealment of a death. Each remains in custody, held on a $500,000 bond.

Dozens of Chicago residents showed up to offer prayers and hold a candlelight vigil Saturday to honor Rendon at the spot where her body was discovered earlier in the week, just steps from an emergency room entrance, Fox News reported.

Rendon’s parents, wearing shirts with their daughter’s image at the vigil, said Williams had just slept over their home days before Melissa turned up dead in the street.

The teen’s father, Jeffrey Carrillo, told the Chicago Tribune he wants the suspects’ charges to be upgraded to murder, adding that he’ll advocate for tougher bond restrictions to ensure accused child rapists cannot return to the streets awaiting trial.

“I want to talk to congressmen and have a law made that someone who rapes a child should not be allowed to get a bond because if he raises the money, he’ll be able to go home. My daughter can’t come home,” Carrillo said.

“There’s an emergency room 100, maybe 200 feet away and this is where you put her? It’s the hardest part of the situation. He drugged her, he raped her and he dropped her dead body right here, 200 feet from the emergency room.”

Melissa Rendon, the victim’s mother, said her daughter was particularly vulnerable due to “an intellectual disability along with other mental illnesses.”

According to a bond proffer read aloud Tuesday in court by an assistant Cook County state’s attorney, Williams reportedly recorded several videos posted to SnapChat detailing the night before Rendon’s death. The teen girls were inside Hernandez’s car that evening where all three were drinking and smoking pot. Moreover, it was reported that Rendon and Williams also ingested pills believed to be Xanax.

The videos shared on social media have already proven to be quite incriminating.

One of the videos showed Hernandez in the front seat having sex with Rendon’s visibly unconscious body, prosecutors said. Eventually, the 40-year-old man and Williams pulled the 15-year-old victim into the back seat and fell asleep for several hours. They later awoke to find Rendon not breathing. The pair reportedly tried to resuscitate her, but were unsuccessful.

Prosecutors described the cruel next steps, which included Hernandez dragging Rendon from the vehicle and dumping the 15-year-old’s lifeless body onto the ground before fleeing the scene.

“I don’t want anyone to go through this,” a tearful Carrillo told the Tribune. “I don’t even want my worst enemy to go through something like what happened to my daughter. It’s not fair.”

An exact cause of death is still pending from the medical examiner’s post-mortem investigation.

According to Fox News, Hernandez was charged with criminal sexual assault, aggravated criminal sexual abuse and concealment of a death. Williams was charged with child pornography and concealment of a death. The duo may face additional charges based upon further investigation and the medical examiner’s report, Oak Park Police Commander Paul Kane said.