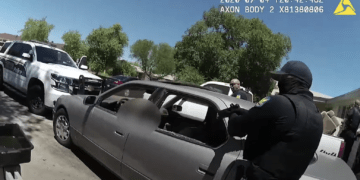 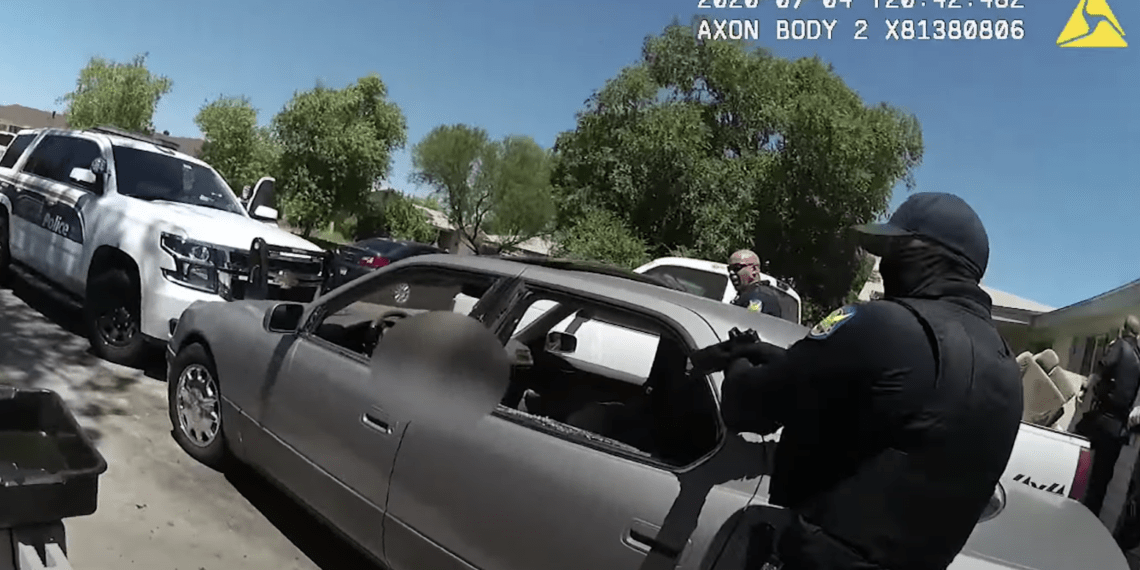 “There is high interest in the case with social media posts, which include misinformation about the facts that led up to the shooting,” said Sgt. Mercedes Fortune at the outset of the department’s briefing video.

Police were talking with a 29-year-old man in a parked car Saturday while investigating an assault with a deadly weapon case. The suspect had reportedly stabbed a victim days earlier. The victim subsequently spotted the suspect and called police after a new crime had reportedly occurred.

“Yeah, he tried to kill me again,” the caller told dispatch.

Once officers arrived, the suspect rolled up his window, showed police a gun and told officers to shoot him, KTAR reported. A stand-off of about 10 minutes occurred.

According to Sgt. Fortune, the officers fired when the suspect raised his weapon toward them.

The critically wounded suspect was transported to the hospital where he later died.

The investigation is still in the early stages, but the video released is from the body camera of an officer who was not involved in the shooting.

The body camera footage shows what happens after the incident as the assisting officer works to safely retrieve the gun to render medical attention.

Investigators are still in the process of reviewing other body camera footage from the officers who were involved in the shooting and collecting evidence to have a full understanding of the situation.