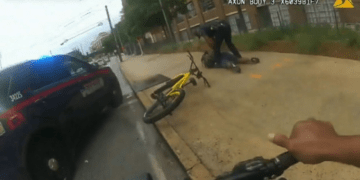 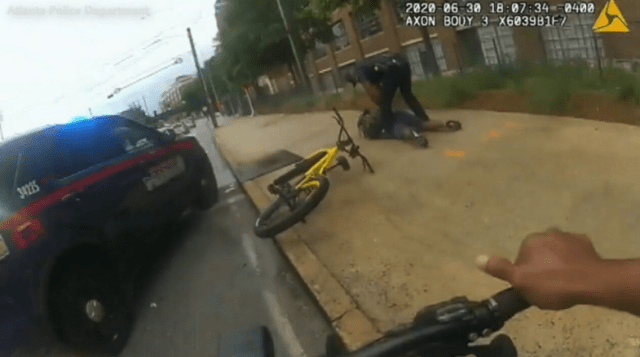 ATLANTA — A murder suspect in a shooting near an Atlanta skatepark was arrested last week after a police officer borrowed a man’s bicycle and gave chase, authorities said.

Officers from Atlanta Police Department were closing in on Nicholas Fonseca, 21, on June 30, two days after Andrew Scott Callahan, 37, was fatally gunned down in the Fourth Ward neighborhood of the city, the Atlanta Journal-Constitution reported.

But as officers searching the area spotted Fonseca he immediately fled, pedaling away on his own bike, police said.

The officers, who were on foot, gave chase but were initially unable to keep up – until they spotted another cyclist approaching, their body-worn camera footage shows.

“Let me borrow your bike, man,” the officer can be heard saying to the cyclist as he pedals toward him.

The man agrees, video shows, and takes his bag from the bike before saying, “OK,” as he hands it over.

The footage continues for more than three minutes as the officer and another partner catch up to Fonseca, who is seen on video lying on the sidewalk with his hands behind his back, FOX reported.

Inmate records show Fonseca is currently booked at Fulton County Jail on charges of murder and possession of a firearm during the commissioner of a felony.

The Atlanta Journal-Constitution reported the bike was later returned to its owner.