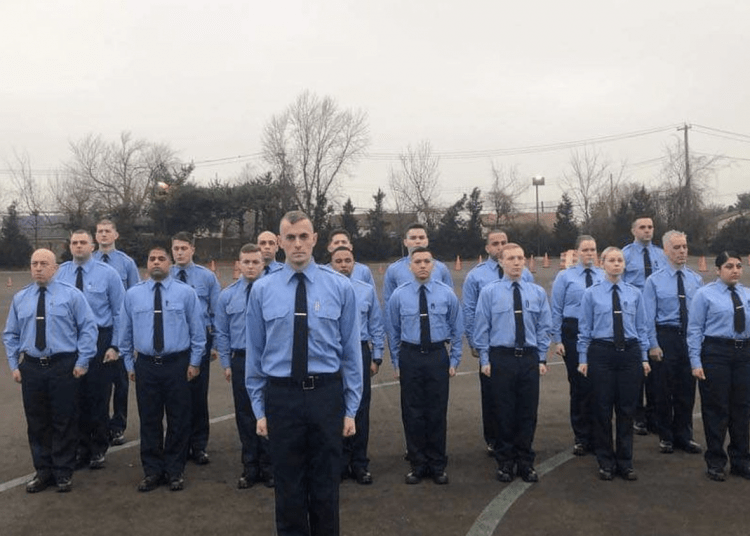 PHILADELPHIA – To get a handle on the Philadelphia Police Department’s efforts to recruit new police officers, just head to LA Fitness on Grant Avenue in Northeast Philadelphia, where the department holds frequent recruitment drives.

On Thursday, two days after the department’s most recent recruiting effort there, several members of the club were working out and willing to discuss their interactions with the recruiting officers as the Philadelphia Inquirer engaged them in conversation.

Ravi Patel, 26, a physical therapist, said the department’s perks — including a nearly $55,000 starting salary — could not compete with his chosen career.

When the newest recruits began their nine-month training program Jan. 13, Inspector Verdell Johnson, the commanding officer of training and education, took note of the 19-member class size, according to the Inquirer.

“Small in numbers but we expect a huge impact in public safety!” Johnson wrote over a photo of the class that he posted on social media.

In fact, the group is about one-third the size of the Philadelphia Police Training Center’s last graduating class of 69 new officers in December, according to data provided to The Inquirer. The three previous graduating classes had 55, 83, and 88 new officers, respectively.

So why is the current class so small in comparison?

Staff Inspector Sekou Kinebrew, the department’s spokesperson, replied with an email: “There are numerous factors that could potentially contribute to the size of the most current class. So, any attempt to respond would be speculative.

“That stated, I can offer that our Recruitment Unit is comprised of dedicated officers, who employ a variety of techniques to recruit qualified persons to our ranks (including at college campuses, military installations, and community events).”

John McNesby, president of Fraternal Order of Police Lodge 5, said in a phone interview with the Inquirer that he does not know why the class is so small. He said maybe the department should have waited to form a larger class, but added that he’s not concerned about it.

Philadelphia’s small recruit class may be part of a nationwide trend identified in a September report published by the Police Executive Research Forum.

The number of people applying for police jobs is on the decline, the report found, because a “robust economy and strong job growth are creating more options for people entering the labor market, so police agencies are facing more competition in hiring.”

In April, there were 7.4 million job openings in the country, compared with a little more than 2 million in July 2009, according to the report, which also cited negative news stories about police use of force as a possible factor in turning some young job seekers away from policing.

The report noted what it called “a triple threat” to police departments being able to maintain desired staffing levels: fewer applicants, more officers leaving before retirement age, and a growing number of officers becoming eligible for retirement.

Although several people interviewed by the Inquirer at LA Fitness provided reasons why they wouldn’t apply, there was an exception.

After his workout Thursday, Zach DeGovanni, 22, said he applied to the department and is waiting to hear something.

Watching reality TV shows helped to convince him that policing is a good profession, he said.