Staffing shortages are a nationwide trend among police agencies, with several contributing factors leading to the absence of resources around the country.

In Baltimore, a city referred to as the most murderous big city in the nation, there is a vacancy rate of police patrol positions of about 26 percent. It’s one snapshot of a trend occurring at departments of every size.

“Thirty-one years ago, when I applied to be a police officer there was a line of 400 of us to get into the testing. That’s not the norm now,” said Capt. Steve Rau with the Falls Church Police Dept. in Virginia.

He is spot on. When I applied with my agency (more than a few years ago), there were estimates of 100-200 applicants per opening. Those days appear to be long gone.

In a recent interview, Rau said the shortage in Falls Church has meant those who do work often have to pick up the slack for the holes in the schedule, WJLA reported. 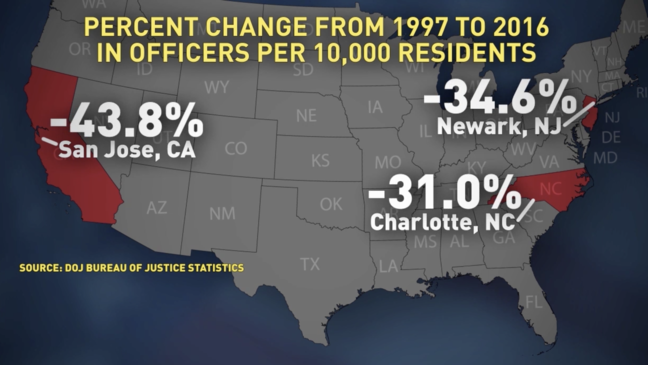 This has become a major concern in cities like San Jose, Calif., Newark, N.J. and Charlotte, N.C., where the drop in officers per 10,000 residents has decreased by more than 30% in the last two decades, according to WJLA.

Other challenges for recruiting new officers includes the scrutiny placed on law enforcement as well as the negative consequences levied against good cops caught in political and legal crosshairs.

‘I’D RATHER BE JUDGED BY 12 THAN CARRIED BY 6,’ BUT GOING TO PRISON SUCKS

Police officers engage in millions of negative encounters annually. However, during the relatively rare occasion when something goes dramatically wrong, the video from each encounter goes viral. Worse yet, armchair quarterbacks who don’t know a thing about criminal or civil law are willing to excoriate them on social media in addition to the evening news.

Furthermore, attorneys looking to make a name as well as a buck for themselves will take on any case, all while destroying a cop who may have had the best intentions, but circumstances simply came unraveled. Sadly, there is almost no room for error without getting eviscerated from every direction. So fewer people are willing to submit to these circumstances.

As a result, there is a lasting impact on the perception of police from outsiders and of the willingness of potential new officers to apply. This is especially felt in law enforcement families.

In the past it would not be uncommon for sons and daughters to follow in the footsteps of their law enforcement parents. But recently, more and more police professionals are steering their children toward other career opportunities. 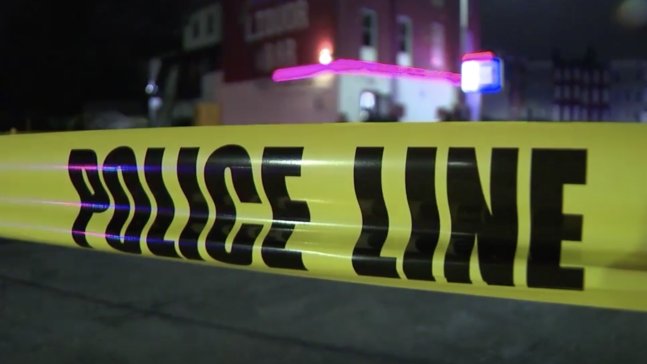 “If they feel they could be indicted for doing their jobs, even if their heart is in the right place, they’re not going to work here,” said Ed Norris, a former Baltimore City Police Commissioner.

Combined, this is what the Police Executive Research Forum (PERF) calls a “workforce crisis” … not only the challenge of recruiting but also of retaining, with more officers leaving their departments and the profession long before retirement age.

WHY RETIRED CALIFORNIA COPS ARE FLEEING THE GOLDEN STATE

The lack of recruits has meant a financial cost as well. In Portland, Oregon, overtime nearly doubled between 2013 and 2018, much of that due to a staffing shortage, KATU reported.

As far as the impact of the officer shortage, that varies from city to city with some seeing an increase in crime and others simply seeing delays in investigations being completed.

Finally, one trend that was discovered is that most police officers are working longer hours to do the job, and this will do nothing to improve levels of service.

What Are Your Thoughts?
Tags: rescruitmentshortagesstaffingvacancies

One off-duty officer dies in traffic fatality, another is charged with DUI

K9 Gabo, once survived being shot five times, passes away