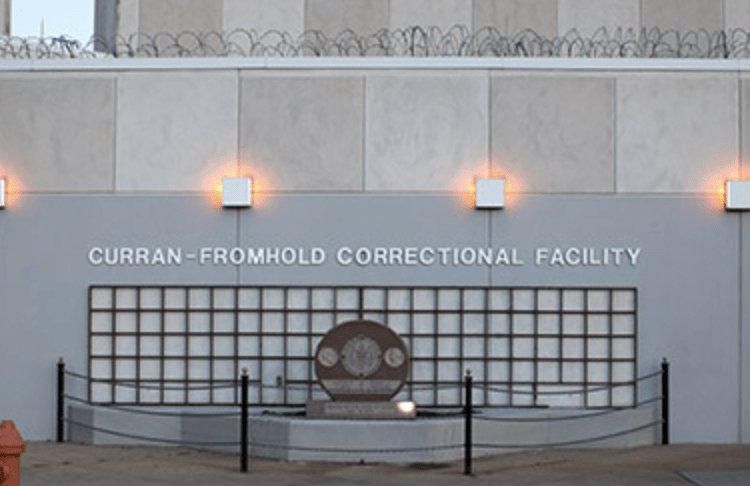 PHILADELPHIA — A 20-year-old Philadelphia man who was released from prison early Thursday was shot and killed after gunmen in a car chased him back onto prison grounds, authorities said.

Prison officers brought Hargrove to a drop-off point at a bus stop just outside the main gate, where he was awaiting family to pick him up, Carney said. While waiting, Hargrove was chased by a vehicle and ran back onto prison grounds.

Carney said the vehicle pursued Hargrove through the raised arm of the prison’s main gate, where the occupants of the vehicle shot and killed him before speeding away.

About 47 minutes passed between Hargrove’s release and the shooting, Carney told reporters.

Prison guards stationed in a nearby shack did not see the shooting take place, according to Small. Guards said they saw a dark-colored sedan speeding away from the grounds after the shooting.

LISTEN: Philadelphia prison inmate “shot&killed on prison grounds” was 20 year old from Philly’s Germantown section. He was released at 1am. @phillypolice & medics called for the shooting at 1:59am. Possibly waiting for ride just outside the main prison building @fox29philly pic.twitter.com/cI1lnwknmA

No surveillance cameras were pointed at the location of the shooting, according to police.

Hargrove, who hailed from the city’s Germantown neighborhood, was admitted to the prison on March 11 on charges of theft by unlawful taking, receiving stolen property, firearms carried without a license, carrying a loaded weapon and fleeing or eluding police, Carney said. He was being released on bond, FOX reported.

Carney said Hargrove had no incidents at the facility while incarcerated and had no known affiliations.

Police told FOX29 that this latest homicide “shows the height of ongoing gun violence and a complete and brazen lack of fear of being captured on video or by law enforcement.”

Philadelphia Police Commissioner Danielle Outlaw said that at least 103 murders have occurred so far this year – a spike of more than 30% over the same period in 2020, a year which nearly set a record-high tally with a total of 499 reported homicides.

Outlaw said at least 412 people have been shot citywide so far this year, with 40 of the victims under the age of 18.