The 12-year-old was answering to someone calling his name 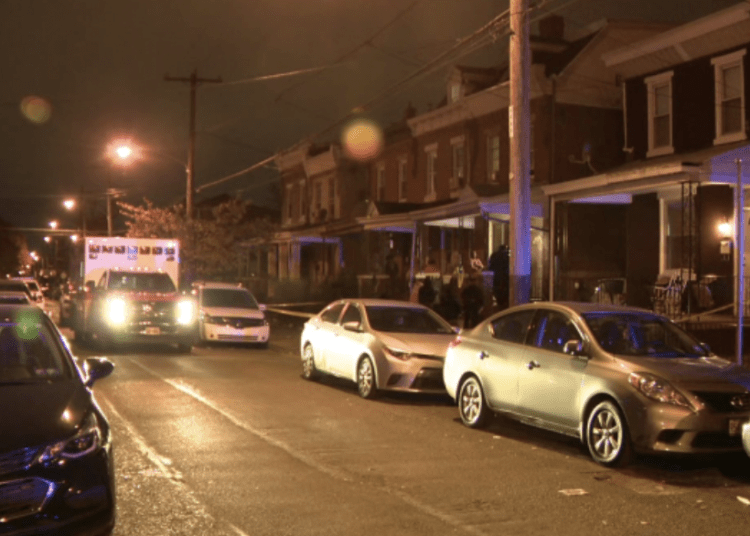 PHILADELPHIA — A 12-year-old boy was fatally shot while answering the door at his Philadelphia home on Sunday, according to police and reports.

The pre-teen, identified by CBS Philly as Sadeek Clark-Harrison, was killed shortly before 3 a.m. Sunday when a bullet shot through the crescent moon glass of the front door of his Frankford home, Philadelphia police said.

“What we know at this time is that there was a knock at the door. No descriptions of any persons at the door, one shot was fired,” said Deputy Commissioner Melvin Singleton following the shooting, according to the report. “We do have on the porch of the location one 9mm shell casing and that’s all we know at this particular point in time.”

A 12-year-old boy was shot and killed in the doorway of his East Frankford home early Sunday morning.​ https://t.co/BfbNB7Yx1O

Clark-Harrison was struck in the face, according to CBS. He died at the scene.

His mother, Lisa Clark, said she was home at the time and heard an adult male voice calling the boy’s name from outside the door, the outlet reported.

“‘Sadeek! Sadeek!’ she reportedly recalled hearing. “So, he was coming outside to answer the door because they were calling his name and he didn’t even open the door. He looked at the top of the door and they shot him through his eye.”

“They took my baby away from me. He was a good boy and he helped everybody around here,” Lisa Clark said.

Neighbor Tony Colon says the boy recently helped save his life after a diabetic episode.

“I started crying. That kid is a good kid. I’ve seen him grown up and I’ve known the family for years,” Colon said.

“I’m going to City Hall. We’re showing up tomorrow because our kids are dying out here. They’re dying! They’re not making it past 16 out here,” aunt Alycia Johnson said.

“I’m so upset they took him away from me because he was going to be somebody out here,” Clark said.

No arrests have been reported so far, Fox reported.