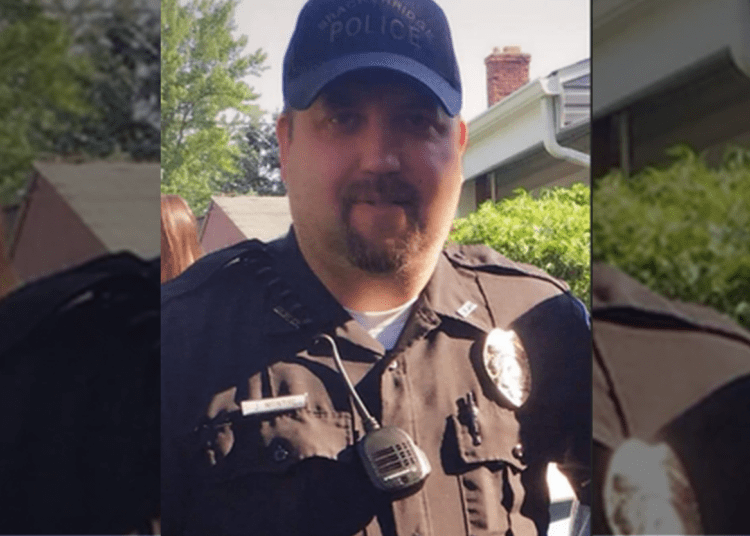 BRACKENRIDGE, Pa. – Chief Justin McIntire with the Brackenridge Borough Police Department in Pennsylvania was shot and killed Monday and a suspect believed to be responsible for his death was fatally shot hours later in an exchange of gunfire with police, authorities said.

McIntire was killed and another unnamed officer was injured. The wounded officer was shot in the leg and is hospitalized in stable condition, according to authorities, Fox News reported.

Swan, of Duquesne, was also known to frequent the Penn Hills area and was considered to be armed and dangerous, Kearns said.

The encounter began about 2 p.m. when police personnel found Swan, who was wanted for a probation violation involving a weapons charge. Officers engaged the wanted suspect in a foot pursuit, but apparently lost him.

At about 4:15 p.m. another foot chase occurred in the 800 block of Third Street. While chasing Swan, multiple shootings took place a few blocks apart. As a result, two officers were shot. McIntire suffered a fatal gunshot wound to the head, Kearns confirmed.

Following the shootings, Swan reportedly carjacked a vehicle. While fleeing in the stolen vehicle, the suspect encountered Pittsburgh police detectives, who tried stop him.

However, Swan refused to stop and a vehicle pursuit occurred. Eventually, the fleeing gunman crashed the vehicle into a housing development and fled on foot, according to Fox.

While trying to evade capture, Swan reportedly opened fire on police personnel engaged in the chase. They returned fire, striking the suspect. Swan was pronounced dead at the scene, authorities said.

Investigators recovered two different firearms, one at the scene of the Brankenridge shooting and another where Swan was killed, Allegheny County police said.

The Officer Down Memorial Page offered the following details:

Chief of Police Justin McIntire was shot and killed near the intersection of Brackenridge Avenue and Morgan Street during a foot pursuit of a wanted subject.

The man was wanted for a probation violation involving weapons and had fled from the Pennsylvania State Police during a traffic stop the previous night. He then fled on foot from Harrison Township the following morning during a traffic stop. At about 2:00 pm he was located near the border of Brackenridge Borough and Tarentum Borough and led officers on a foot pursuit for over two hours. He opened fire on officers in the 900 block of Brackenridge Avenue and again in the 800 block of 3rd Avenue in which Chief McIntire was killed and a Tarentum Borough officer was wounded.

After shooting both officers the man carjacked a vehicle and fled into the city of Pittsburgh. He fled into a wooded area following a vehicle pursuit and then opened fire on officers. He was shot and killed by return fire.

Chief McIntire had been sworn in as police chief of the Brackenridge Borough Police Department exactly four years earlier.

Pennsylvania governor-elect Josh Shaprio called McIntire’s death a “devastating reminder of the bravery of those who put their lives on the line every day to protect us.”

Today's tragedy in Brackenridge is a devastating reminder of the bravery of those who put their lives on the line every day to protect us.

Police Chief Justin McIntire ran towards danger to keep Pennsylvanians safe — and he made the ultimate sacrifice in service to community.

“Police Chief Justin McIntire ran towards danger to keep Pennsylvanians safe — and he made the ultimate sacrifice in service to community,” he tweeted.

Brackenridge is a small borough in Allegheny County with a population of approximately 3,200. The town is located 22 miles northeast of Pittsburgh.