The suspect was recently diagnosed with terminal cancer 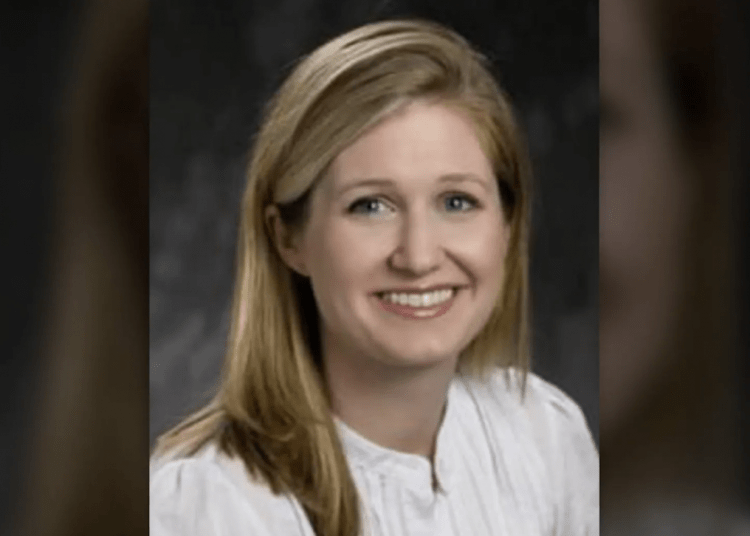 AUSTIN, Texas — The Texas man who is suspected of shooting and killing himself and another doctor inside an Austin medical office on Tuesday was a pediatrician, like his victim. The suspect had just been diagnosed with terminal cancer and had recently applied for a volunteer position at the office, police said Wednesday.

Bharat Narumanchi, 43, went to Children’s Medical Group on West 35th Street just before 4:30 p.m. Tuesday, when he “displayed a gun immediately,” the Austin Police Department said in a press release.

Five people were inside the office and taken hostage at the time, police said, though no patients or children were present. Narumanchi “told the hostages to tie themselves up,” Austin Police Lt. Jeff Greenwalt told reporters during a news conference Wednesday.

Four of the hostages, all of whom were employees, were able to get out, either by escaping or after Narumanchi released them before authorities arrived, police said.

Dr. Katherine Lindley Dodson was “not able to escape” and was then the only person held hostage with Narumanchi, Greenwalt said, according to Fox News.

When SWAT units arrived at the scene, they “were not able to make contact with anybody inside, were not able to establish communication and we’re not able to hear anything as far as a disturbance or calls for help or gunshots,” Greenwalt said. “Several hours later, when SWAT was able to get eyes inside of the business to see what was going on, we were able to see that both subjects were deceased.”

It’s unclear what led to the deaths or who was inside the building, though a negotiator speaking into a loudspeaker had said: “I want to help you work through this. You have saved a lot of lives.”

Austin police eventually sent in a robot, which identified a victim before a SWAT team cleared the facility.

For the first time in 25 mins, APD is back on the megaphone. The doc inside is “in pain” and needs meds, per APD. SWAT has mentioned the pain is in his throat, but pre-existed today’s events.

Here’s the latest communication captured in this video: pic.twitter.com/QDXD2zQQH9

Investigators are still working to learn more about Narumanchi’s link to the doctor’s office but said he had applied — and was turned down — for a volunteer position at the firm just a week earlier.

He reportedly encountered Dodson and other doctors during the previous visit. However, police do not yet know why he targeted Dodson, who worked as a pediatrician.

Police also said Narumanchi had recently been diagnosed with terminal cancer and “was only given weeks to live,” Greenwalt said.

“We feel like his terminal cancer probably played a large part in whatever it was that occurred in his life and what was happening yesterday,” Greenwalt said. “We don’t know exactly why he chose to take these actions or target this particular business. So we’re asking if anybody is friends with either Dr. Dodson or Dr. Narumanchi, knows why he may have wanted to come to this particular business or knows what may have been going on in his life … Please call out to the Austin Police Department tip line.”

Police said they received a call at 4:30 p.m. Tuesday for a report of a man that entered the business with a gun and was holding people hostage, Law Officer reported. Officers responded to find someone barricaded inside the office, prompting them to call in the SWAT team.

A witness told FOX News the suspect is a doctor. A witness told me the suspect did not work in the office. Here on scene, we have heard officials calling out to a doctor over a loudspeaker. pic.twitter.com/lLYEeym3xA

In addition to the pistol, police said Narumanchi had brought with him two duffel bags and an apparent shotgun.

“When I arrived on the scene, I saw a woman being escorted by police out of the taped area where she was met and hugged by a child,” FOX 7 Austin’s Amanda Ruiz told her news station late Tuesday. “And that’s what we’ve been seeing over the past few hours: multiple people being walked out and handed off to what we can only assume are loved ones.”

Greenwalt told reporters on Wednesday they were able to get in touch with the suspect’s family “even before we discovered everybody deceased inside the business.”

“They’re absolutely cooperating with the investigation. I think yesterday’s events surprised them as much as it did us,” Greenwalt said. “They had expressed interest in wanting to reach out to the victim’s family, too.”

Dodson was beloved by patients and their families, several people told the Austin American-Statesman.

“You saw her at your worst when your kid was sick, and she just always had a smile on her face,” said Karen Vladeck, whose two children were among Dodson’s patients. “She made you feel like you were the only parent there, even though there was a line of kids waiting.”

Police are asking anyone with information or video related to the incident to call APD Homicide at 512-974-TIPS or email [email protected].