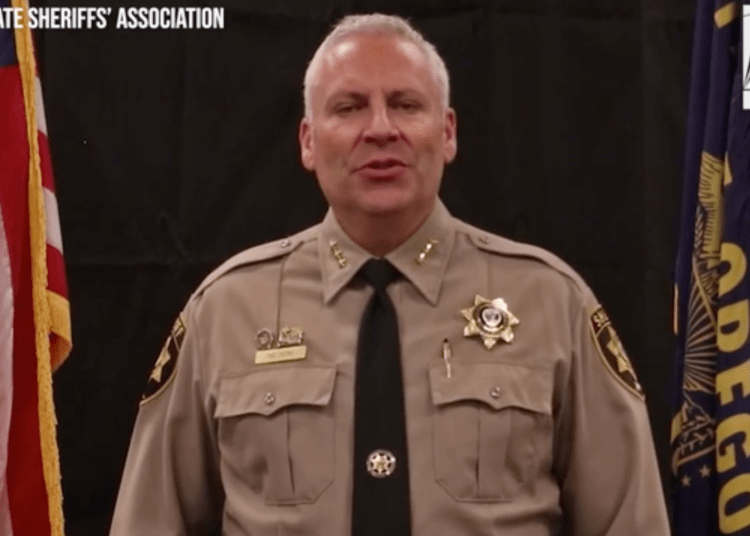 OREGON – At least five Oregon sheriffs believe the state’s strict gun control measure passed by voters last week is problematic for several reasons and they are openly refusing to enforce at least parts of the law, according to Fox News.

The top law enforcement officials say the law oversteps Constitutional gun rights and will be an additional drain on resources while failing to address problems involving serious crimes, the Daily Wire reported.

Oregon voters approved Measure 114 by a slim margin of 51% to 49%, although some votes are still being tallied. It is the strictest set of gun control regulations in the country. The primary components of the new law, referred to as the Reduction of Gun Violence Act, goes beyond fingerprint collection and background checks, it requires a permit to merely purchase a firearm and makes firearm training compulsory, while also banning any magazine capable of holding more than 10 rounds of ammunition, Law Officer reported.

“Our society as a whole is a bigger problem rather than saying that, you know, the guns are killing people,” he said.

Other sheriffs across the state have joined Bowen in vocalizing concerns with the law and said they will not enforce part or all of it.

“The Linn County Sheriff’s Office is NOT going to be enforcing magazine capacity limits,” Sheriff Michelle Duncan said in a Facebook post, according to the Willamette Week.

Malheur County Sheriff Brian Wolfe said that enforcing the newly enacted requirements would be a senseless waste of his department’s resources, Fox reported.

“It would take away from the things that we’re doing every day to try to keep people safe,” Wolf declared. “Restricting people from ownership of guns in my opinion, is not going to help anything. We’re going to make it harder for people to purchase guns for self-defense.”

Jefferson County Sheriff Jason Pollock outlined his disagreements with the new law in a statement over weekend, highlighting the fact that his agency would not be enforcing it.

“The Jefferson County Sheriff’s Office will not enforce Measure 114,” he wrote. “I do not have the personnel to attempt to permit every gun purchase in Jefferson County. Additionally, I believe the provisions of Measure 114 run contrary to previously decided judicial decisions.”

Sherman County Undersheriff James Burgett said that Sheriff Brad Lohrey joined the chorus and would not enforce the new restrictions either.

“This measure will not make our community safer. It will put our communities at greater risk for violence because it requires that every sheriff’s office and police agency divert scarce public safety resources to background systems that already exist,” Nelson said in a video statement, Fox News reported.

A Second Amendment advocate noted, “It’s made owning a firearm in Oregon the equivalent to obtaining a driver’s license, which is a ‘privilege,’ not a ‘right.’ Last I checked, the Second Amendment in the Bill of Rights says gun ownership is a ‘right,’ not a ‘privilege.’ I believe this law miserably fails the constitutional test and will be challenged in court.”