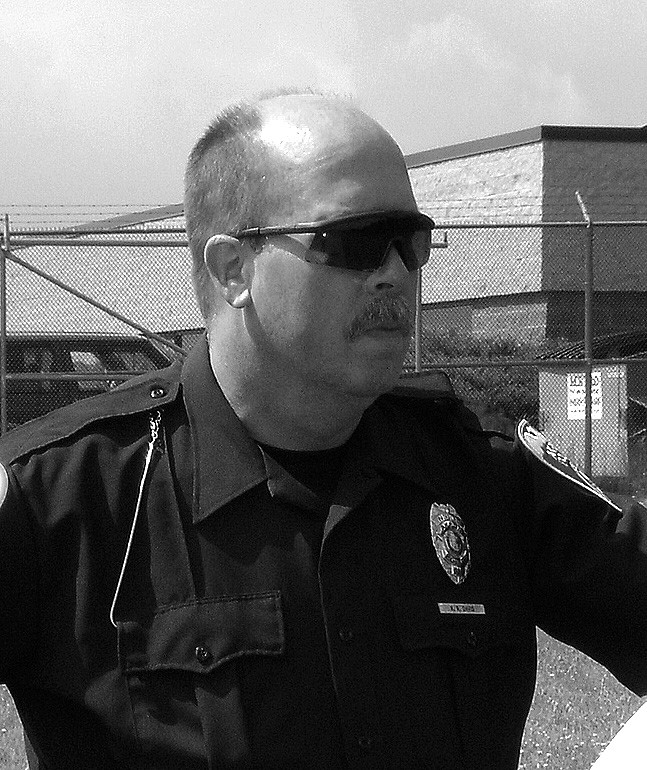 Operating in the SNS Response

Operating in the SNS Response

Garland, Texas—Two Islamic Jihadists armed with AK-47s arrive at a private venue with the intent to inflict mass murder. They begin by shooting and wounding a security officer. According to reports, a 60-year-old traffic officer from Garland PD returns fire, shooting and ultimately killing both terrorists.

Facing 7.62×39mm fire from two terrorists, the officer accurately delivered fire, neutralizing both threats. Skill and ability like that does not fall from the heavens, folks. Training is the key.

Brutally Honest
Let’s be brutally honest, shall we? Police use of deadly and non-deadly force has been under the microscope for the last couple of years; at the same time that many, if not most agencies are cutting training in both of these categories. Amazingly, in their place, politically correct training such as “implicit bias,” “cultural sensitivity,” “de-escalation,” and “cultural diversity training” is being pushed.

Police officers already do most of this: i.e.; de-escalation. I mean, come on folks. According to one police critic, there are on average 63 million police-citizen contacts a year. Yet, according to the Bureau of Justice Statistics in 2008, 1.4% of those contacts involved the threatened use of force by police. American police practice de-escalation each and every day in this country. Further, in a June 2012 study published in the FBI Bulletin, Restraint in the Use of Deadly Force: A Preliminary Study, authors Pinizzotto, Davis, Bohrer and Infanti found that of the officers surveyed, “…70% responded that they had been involved in at least one situation where they could have discharged their firearm in the performance of their duties but chose not to fire.

The same police training critics have actually stated that relevant and realistic training such as officer survival programs are the reason we have bad uses of force. For the record, since such training entered law enforcement circles in the ’80s we have had less officers killed. The main reasons for these reductions are widespread use of body armor, advanced trauma care in the field and in hospital emergency departments, and realistic training.

The other, PC training has no proven relationship between complaint and use of force reduction. Why do it then? So we can say we did. If agencies feel compelled to do this training and other PC programs, one-hour videos can suffice. This training will not have an impact on officers, will not change “implicit bias” (whatever that is), and should not waste valuable training time.

So let’s be clear on this: At a time when all aspects of use of force, decision making by police and use of force investigations are under intense scrutiny by the media and public, we have scaled back on the same. Politician’s comments such as, “I’m not going to pay for officers to have their asses in seats while training,” are, quite simply, negligent and malfeasant. I suppose the terms “deliberate indifference” or the Canton v. Harris case have been forgotten?

Controlling the SNS Reaction
It is referred to by other names, such as “fight or flight,” or “body alarm reaction,” but the SNS response can seriously impair an officer’s judgment and skill performance. A process that starts in the brain with the secretion of a hormone cascades into a wide range of physiological and psychological changes within an officer’s brain and body. Now, make no mistake, optimum performance is also a result of the SNS response. Our valiant Garland, Texas, copper achieved his amazing hits on target operating within his. The difference is that he was not overcome by it.

The SNS reaction causes changes in the way we think, see, hear, move, process information, how our blood circulates and how we breathe. These changes can improve performance—think an NFL player at the Super Bowl; but it can also adversely impact performance—think an officer who freezes in place or cannot draw his handgun.

Optimum performance is a result of the SNS response when officers are confident in their abilities based on achieved competence in their skills. This confidence/competence connection is vitally important for solid decision-making under stress and performance of the skills necessary to control a violent or resisting individual. Further, officer confidence/competence is perceived by subjects on the street and less force is actually required.

This confidence/competence is a direct result of the training that officer has undergone; both his department training and the practice/training his has indulged in on his own. There are no shortcuts. This is a time- and repetition-dependent equation. Officers must practice on a regular basis and be exposed to the stress via confrontation simulation training. Whether that training is in force-on-force scenarios, hood drills, airsoft repetitions and more, it must go beyond static line drills. The purpose of these dynamic training exercises is to get the officer used to the SNS response and achieving competence in those skills under close to actual conditions.

Range training that focuses on static repetition (“Ready on the right? Ready on the left? The firing line is ready…”) does not equate to the environment and conditions in which the skill will actually be used. Officers get good at standing in one spot and shooting a static piece of paper, but not the skills and abilities necessary to make good sound decisions and proper applications of force on the street. Certainly qualification is not training. Qualification is a display of minimum performance levels. Agencies must go beyond that. Further, the law of diminishing returns states that the further the officer gets from the training activity, the less he will retain. It is far better to train for eight one-hour sessions than one eight-hour day per year.

How to Get There
First officers, supervisors and administrators must have a thorough knowledge of case law on the 4th Amendment. This must go beyond just handing out copies of Terry v. Ohio, Tennessee v. Garner and Graham v. Connor. It must include modern case law studies, discussion and hands-on scenarios where an officer’s proper application of the laws of detention, arrest and force are tested with role-players.

Next is regular in-service training on court decisions as well as post roll-call training in physical skills. Bring the kick bags and blue guns out and have officers review empty-hand strikes and kicks, baton usage and handgun retention as well as other skills. This training should take place once a month or bimonthly to keep skills fresh and to ensure that competency levels are where they need to be. Use airsoft training in mass repetitions. Airsoft is a cheap training method that is relatively non-destructive to the environment. Certainly you cannot fire airsoft BBs in an area with glass or other items thatmay be easily penetrated or broken, but I’ve used airsoft in mat rooms, on firearms ranges, in hotel banquet rooms and similar. As long as participants have eye protection and role players have face/head, neck, body, arm, leg and groin protection, airsoft training can be accomplished for force-on-force and mass rep training.

The Truth on Police Use of Force
Complete candor, remember? Most basic academy training does not prepare newly hired officers to face violence, make sound decisions and properly apply force. Most new officers and veteran officers get little realistic training using confrontation simulation and force-on-force. Most supervisors and administrators know little to nothing about use of force law and investigations. Most agencies are ill-prepared to investigate a police-involved shooting, in-custody death or serious use of nondeadly force.

And that’s a tragedy because they will certainly be judged on their actions by some journalist, community activist or police critic. It is sad that such amazing results can be achieved with relevant and realistic training repeated on a regular basis and yet we constantly hear, “We don’t have the time, funds or manpower.” Touchy-feely PC training, on the other hand, will continue to be funded and time allowed, while real training that reduces complaints, improves decision making and reduces force applications will be denied. Training is the key to open that door to officer competence and sound decision making. We can, however, continue to do the same old tired training, and then wonder while looking at the undercarriage of the bus, how we got there.

Kevin R. Davis is a full-time officer with more than 25 years in law enforcement. Previous assignments include patrol, corrections and plainclothes narcotics investigations. He’s a former SWAT operator, team leader and instructor currently assigned to the training bureau where he specializes in use of force, suspect control and firearms training.

Kevin Davis
Kevin Davis is a full-time officer assigned to the training bureau where he specializes in use of force, firearms and tactical training. With over 23 years in law enforcement, his previous experience includes patrol, corrections, narcotics and he is a former team leader and lead instructor for his agency's SWAT team with over 500 call-outs in tactical operations.