Detroit, MI. – A man accused of pouring gasoline on his pregnant girlfriend and lighting her on fire has posted bond in Detroit, Michigan. Fox News reports that Devonne Marsh posted a $5,000 bond and walked out of jail after spending just two days in jail for allegedly lighting his girlfriend, who is 6 and a half months pregnant with twins, on fire and burning over 60% of her body.

Marsh, 41, was released on bond with several conditions including being prohibited from doing drugs or going back to the scene of the crime. 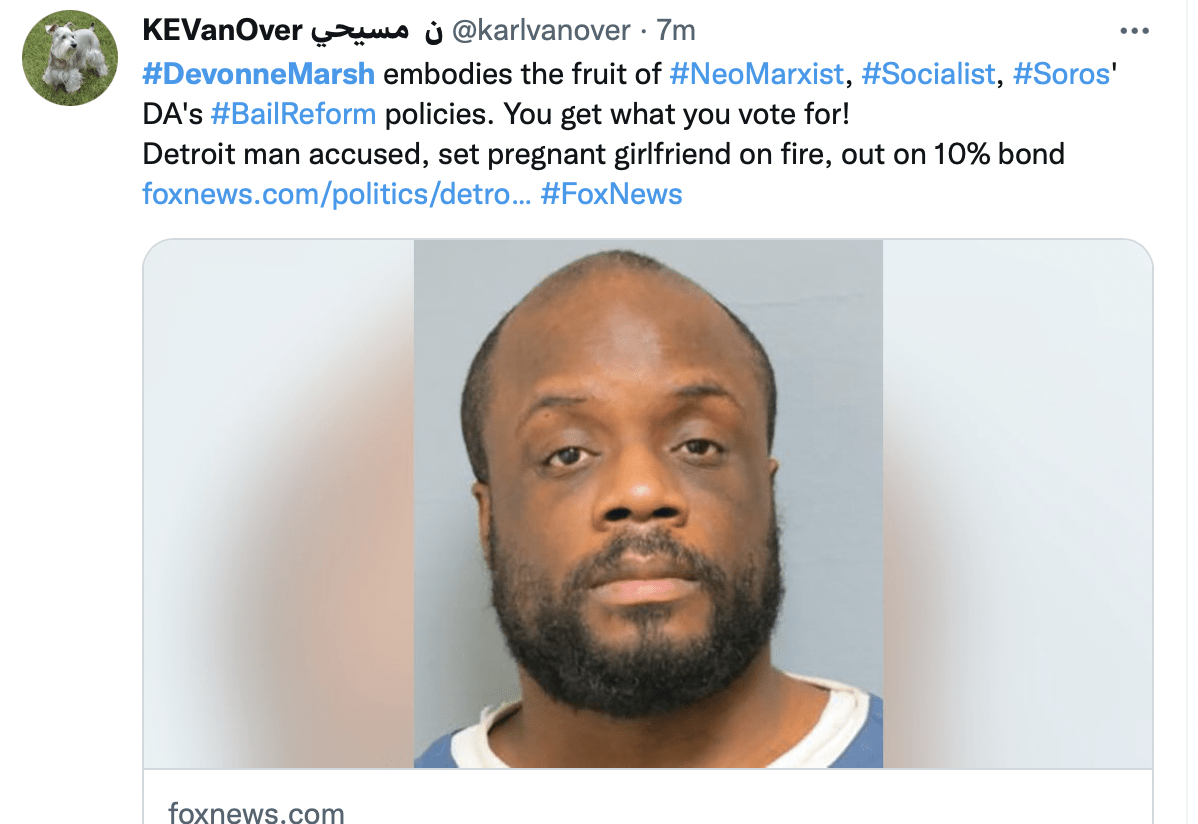 Marsh’s girlfriend, 26, remains hospitalized in critical condition, and it is unclear whether the babies will survive.

Marsh has a long criminal record with past charges including drugs, guns, and assault.

Share and speak up for justice, law & order...
Tags: detroitmichiganmust-read