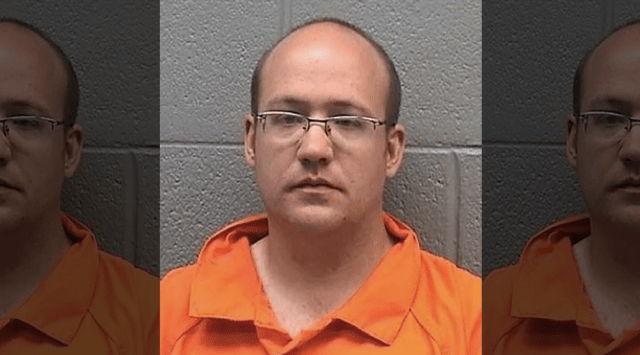 Joshua Kabatra, 37, was arrested on two counts of rape, one count of lewd acts with a child. (Midwest City Police Department)

MIDWEST CITY, Okla. – An Oklahoma man was arrested and is accused of raping a four-year-old girl in a McDonald’s restroom on Tuesday while she was on a daycare field trip.

Joshua David Kabatra, 37, was arrested on two counts of rape and one count of lewd acts with a child following the incident at a McDonald’s in Midwest City, Oklahoma City’s Fox 25 reported.

The four-year-old girl left her caretakers to use a restroom located within the McDonald’s play area, according to an arrest affidavit obtained by Oklahoma City’s KWTV-DT.

“I was just washing my hands.”

One of the caretakers who went to check on the girl found that the restroom door was locked and began knocking. Kabatra eventually opened the door with his arms raised saying, “I was just washing my hands,” the caretaker told police.  The child told the caretaker and police that Kabatra had touched her genital areas with both his hands and his own genitals.

Kabatra told police that he felt ill and went into the unlocked restroom where he found the child already sitting on the toilet. He claimed he threw up in the sink, washed his hands and then left.

“At McDonald’s, nothing is more important to us than the safety and wellbeing of our customers,” the company said in a statement. “We are deeply disturbed by the incident that occurred at one of our Oklahoma restaurants earlier this week. We are fully cooperating with the police during their investigation.”