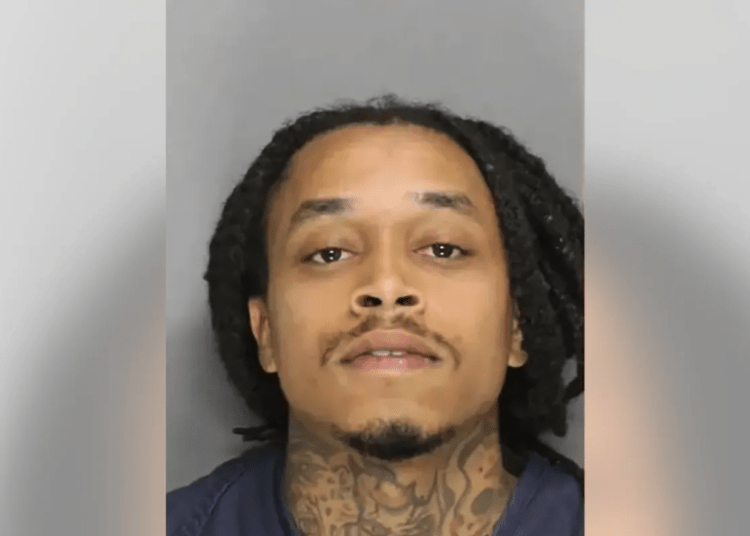 KENNESAW, Ga. – A man wanted in a murder investigation in Georgia made the error of calling 911 to complain about “lukewarm” McDonald’s French fries. He was arrested after running from officers on Friday, according to a report.

Antoine Sims, 24, engaged in an argument with McDonald’s staff in the city Kennesaw. The confrontation resulted in both him and management calling the police. Upon arrival, officers discovered Sims had an outstanding warrant for failure to appear in a homicide case, FOX 5 of Atlanta reported.

Sims is accused of setting a car on fire with a woman’s body inside in October 2018. He was one of three suspects in the case and arrested by the U.S. Marshals Service in Wisconsin in March 2019.

Following his arrest, Sims was released on bond. He subsequently failed to appear in court and a warrant was issued for his arrest.

Friday’s encounter began when Sims and his fiancée were waiting for their food at the McDonald’s location when the order seemed to be taking too long. He approached the cashier to ask about the order, which was already waiting on the counter, he told responding officers, according to the news outlet.

Sims said he was not given a receipt, so he was unable to know if his order number was called, he told Kennesaw police.

“So now our food is sitting there cold,” he explained to the officer. “So when I come up, I try the fries. The fries are lukewarm, but they’re not hot.”

Sims then feuded with McDonald’s staff over the fries. The manager demanded that Sims leave the restaurant and both parties called police, FOX 5 reported.

The manager later told officers that Sims cursed them out and threw his order at them.

“I don’t ever want him back here,” the manager told the officer. “I mean, dude’s obviously on probation (out on bond) — got an ankle bracelet on.”

Police notified Sims that he was not allowed to re-enter the business and instructed him to sign a criminal trespass notice, Fox reported.

In the meantime, officers also requested dispatch to check Sims for warrants, which made him visibly “agitated,” a police report said.

Hence, a foot pursuit ensued and officers tracked Sims to an apartment complex. A resident at the building said he tried to break into a third-floor unit. There, officers deployed a Taser and apprehended the fleeing suspect.

Antoine Sims was captured at an apartment complex after running from police. (Kennesaw Police Department)

Sims was taken to a nearby hospital where he was medically cleared and then booked at jail on the murder warrant as well as additional charges.

Earlier this month a McDonald’s worker in New York was murdered during a dispute over “cold” French fries. Police arrested 20-year-old Michael Morgan for the homicide.