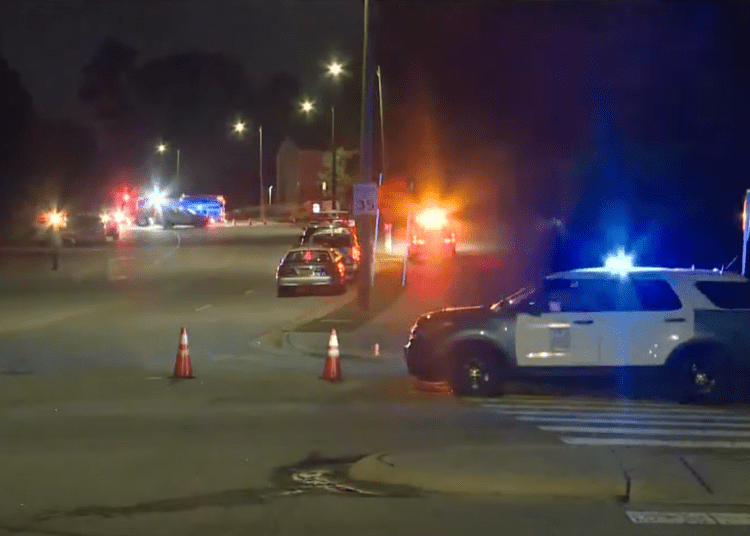 He was taken into custody about three hours later after he was “contained” inside a nearby home. Raleigh Police Chief Estella D. Patterson said the crime scene spanned “over two miles.”

Patterson identified the deceased off-duty police officer as Gabriel Torres, 29, who was on his way to work at the time. She said other victims include a 16-year-old boy, 52-year-old Nicole Conners, 49-year-old Susan Karnatz and 35-year-old Mary Marshall, Fox News reported.

Two more victims were wounded but survived. They have been identified as Marcille Lynn Gardner, who was shot just days before her 60th birthday, and is in critical condition, and a second Raleigh police officer, who has since been released from the hospital.

The accused killer is in critical condition at a nearby hospital, according to Fox.

“My heart is heavy because we don’t have answers as to why this tragedy occurred,” Patterson said. “But what I can tell you is that the Raleigh Police Department and the Raleigh community is resilient and we stand strong and we will heal and we will be stronger as a result of what has occurred.”

The police chief would not speak about any relationship between the victims and the suspect.

“The shootings occurred in the streets in the neighborhood, and then the suspect fled towards the Greenway. And then we had some more victims who were shot in the Greenway.”

RALEIGH, N.C. – An off-duty police officer is among five people who were killed in a residential shooting rampage in North Carolina Thursday night, officials said.

The killer is identified as a male juvenile. His name and age have not been released. The teen barricaded himself inside a residence in the Raleigh neighborhood after going on a shooting spree about 5 p.m., according to Mayor Mary-Ann Baldwin.

The Raleigh Police Department said late Thursday night that the suspect had been taken into custody after a three hour manhunt, the New York Post reported.

“This is a sad and tragic day for the City of Raleigh,” Baldwin said at a press conference as sirens blared in the background. “It’s a tragic day because Raleigh Police have lost one of its own.”

In addition to the five people who were killed, two other victims, including a K9 handler with the Raleigh Police Department, were hospitalized with injuries. The officer was released Thursday night, while the second victim is listed in critical condition.

The gunman is a teenager sources told Eyewitness News. He encountered the off-duty officer on the greenway on his way to work. After targeting another officer and five civilians, the shooter took refuge inside a local residence, police said.

Following the mass shooting, a witness told WRAL News he saw the gunman run through his backyard.

“He had a long barrel shotgun. He was dressed in camo,” the witness, Robert, said. “He had a full backpack on that was also camouflage.”

Officers said the juvenile suspect was taken into custody at a home around 8 p.m., Fox News reported.

Raleigh Police Lt. Jason Borneo called it a “heartbreaking day for our city,” adding that every officer in their department is a “brother” or a “sister” and the loss of one of their own is a “tragedy.”

Borneo said the suspect’s motive is still unknown at this time and there would be another update on Friday.

The mayor spoke to the media late Thursday evening.

“We need to support those in our community who have suffered a terrible loss, a loss of a loved one. We need to support the family of the police officer who was killed and also the police officer who was shot. It’s a tragic day because Raleigh police have lost one of its own. I just want to thank the extraordinary officers of the Raleigh Police Department, who even now, right now, are protecting us and putting themselves in harm’s way to arrest the suspect,” Baldwin said during the press conference.

“We must stop this mindless violence in America. We must address gun violence. We have much to do. And tonight we have much to mourn,” she said.