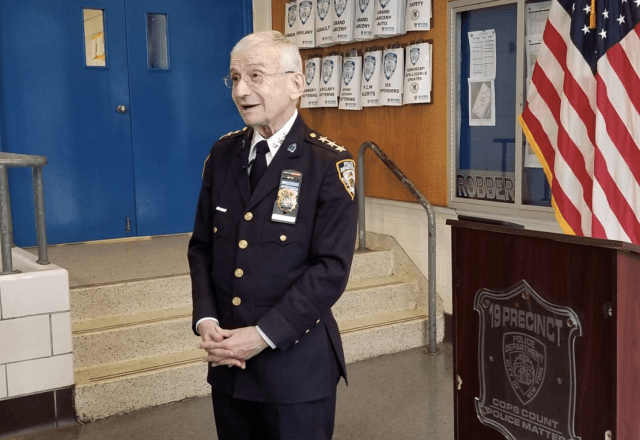 NEW YORK — The NYPD’s chief chaplain was “mugged” on his daily walk on the Upper West Side Tuesday morning, according to ABC7NY.

Rabbi Alvin Kass, 84, was approached by the individual at Riverside Drive and West 107th Street at around 5:45 a.m.

The suspect said, “I’m hungry, I need food,” and began rifling through the rabbi’s pockets.

Police say he grabbed the rabbi’s cash, but when the suspect found his police shield, he dropped it and fled on foot.

The rabbi was uninjured and no arrests have been made.

NYPD would not confirm the rabbi was the victim of a crime when Fox News inquired.

This wasn’t the first time the rabbi faced an attack. He was pushed to the ground while exercising on the Upper West Side back in June 2016.

Kass had been shoved from behind while walking on Riverside Drive at West 83rd Street. He sustained a minor laceration to the face and was treated and released at New York-Presbyterian Hospital.

To say that Kass is a veteran of the department is an understatement. He is the longest-serving member of the police agency with more than 54 years of experience.