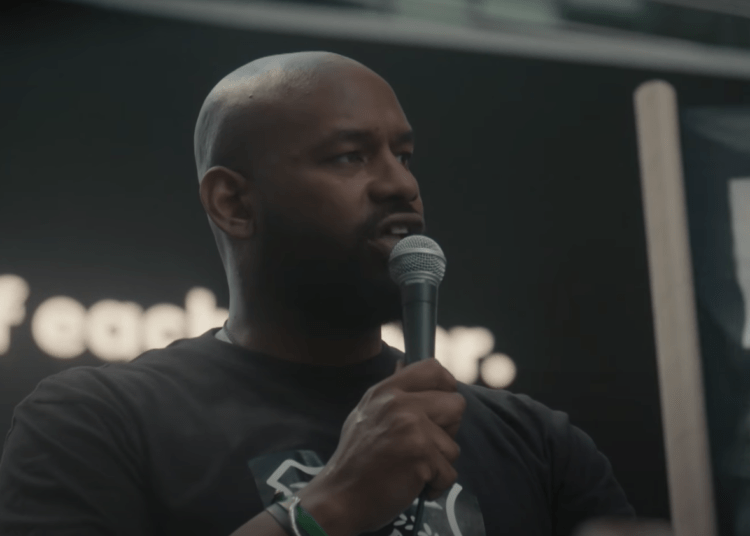 NEW YORK — It didn’t take long for NYPD officers to respond and blast New York BLM leader Hawk Newsome on Thursday over his threats that the city would face “riots” and “bloodshed” if Mayor-elect Eric Adams follows through on his campaign promise to revive the Anti-Crime Unit in the Big Apple.

“If they think they are going back to the old ways of policing then we’re going to take to the streets again,” Newsome said outside Borough Hall, Law Officer reported. “There will be riots. There will be fire, and there will be bloodshed.”

According to the New York Post, a current police supervisor said Newsome “should be denounced by every politician because he is threatening to harm the citizens of New York.”

“The FBI should investigate him as a domestic terrorist and look into where he is getting his money. The people funding him should also be investigated,” the official said.

“He is threatening to overthrow the government, cause physical harm and property damage.”

Another veteran NYPD officer referred to the controversy sparked by Newsome as “a lose-lose situation for Black Lives Matter.”

“If the mayor likes the cops, the cops will work for the mayor,” the source said, according to the news outlet.

“People in these communities where shootings and other crimes are spiking want the cops on the street.”

In a statement to the Post, Adams said there is “no reason we cannot have both safe streets and racial justice in our city.”

“If black lives truly matter, then we must address violence in our communities while we address bias in policing. Yelling and not listening gets us nowhere.”

Newsome is no stranger to volatile comments. Last year he said “If this country doesn’t give us what we want, then we will burn down this system and replace it,” Law Officer reported. Now he appears to be using his coercive tactics with the incoming mayor before he’s even taken office.