Not Just A Picture 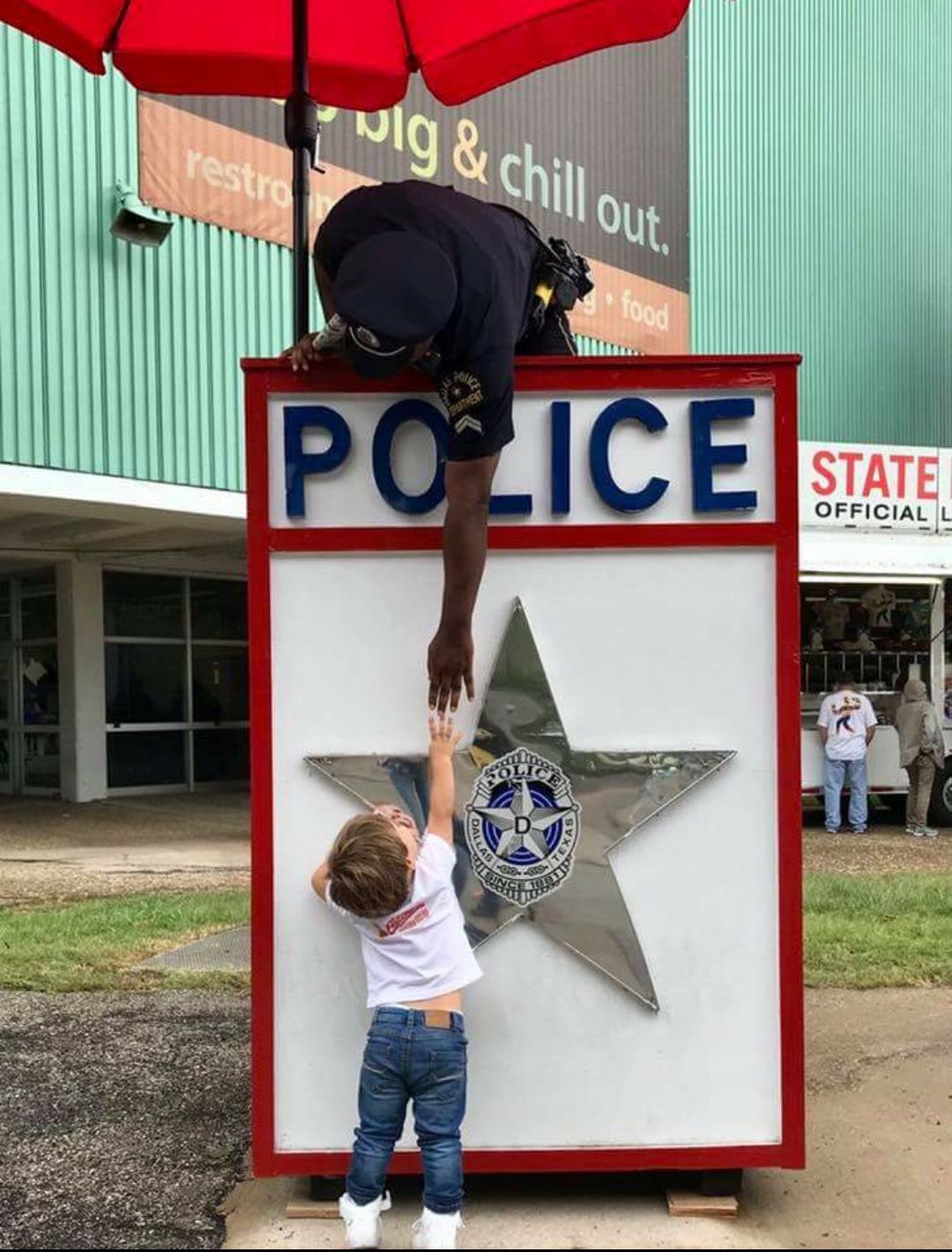 Photo:  A Dallas Police Officer reaches down to greet a young boy at the Texas State Fair.

This picture permeates my soul. When the State Fair of Texas first opened in 1886, blacks weren’t allowed to attend. The KKK had a strong imprint on its development and had an office close to the fair grounds. In 1889, the fair hosted “Colored People’s Day” to quiet the blacks who complained that they weren’t allowed to attend the Fair. Blacks had limited access to certain exhibits and restaurants to avoid potential contact with whites.

In 1896, William Mcduff was the first black police officer in Dallas. He was only allowed to police black areas. He was killed a couple months after joining the department. To this day, he is the only police officer killed in the line of duty in Dallas, in which there is no picture of him. Two white officers were killed before him and they had pictures of them (This speaks volumes about how he was treated during that time period). To my knowledge, the only thing named in his honor is a Dallas Independent School District Police building. William Mcduff did not work for Dallas ISD, he was a Dallas Police Officer (I’m working to see that he is honored appropriately within his department). The Dallas PD officers protested and threatened to walk off the job if another black officer was hired after McDuff. It took 50 years before the next 2 black officers were hired.

“Colored People’s Day” was discontinued around 1910. In 1923, the fair hosted “Klan Day.” Thousands of new Klan members swore an oath to the KKK and 150,000 people attended that day. In 1936, blacks were allowed to visit the fair again on “Negro Achievement Day.” Blacks began to protest the fair because they believed they should be able to attend the Fair on any day and not just “Negro Day.” Blacks were considered unappreciative for not attending the fair on their designated day and were called “trouble makers” for protesting the fair.

In 1960, Donald Stafford was hired by Dallas PD and he was the first black officer to promote through the ranks of the department. It wasn’t until 1967 when segregation ended at the State Fair of Texas. This occurred 100 years after the first Civil Rights Act of 1866 was passed defining citizenship and stating that all citizens shall be equally protected by the law.

The symbolism in this picture is heavy. This might just be a picture to some, but it is historic to me. It shows that we have come a long way, yet we still have so far to go.