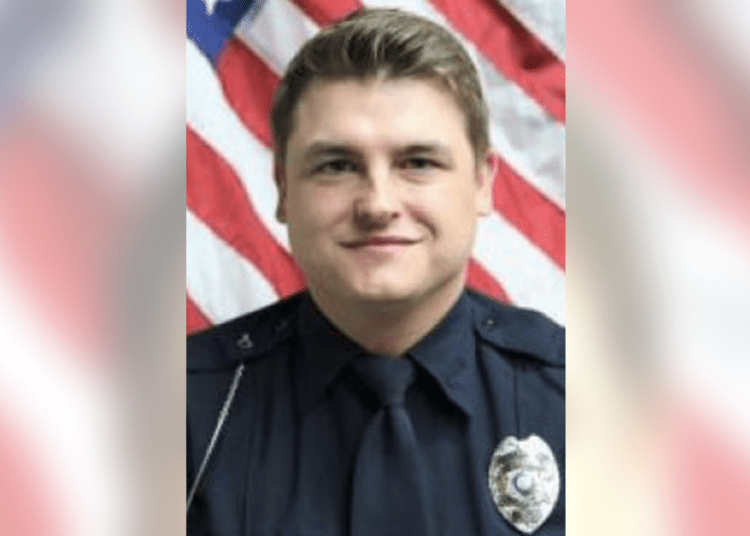 KNIGHTDALE, N.C. — A police officer in North Carolina was struck and killed early Sunday morning when an alleged impaired driver plowed into him and his field training officer (FTO) as they were at the scene of a separate collision on the highway.

Officer Ryan Hayworth of the Knightdale Police Department was killed in the traffic fatality on Interstate 540 about 2:39 a.m., WTVD reported.

Hayworth, 23, had only been on the job for three months. The former Army soldier was also the son of retired Zebulon Police Chief Timothy Hayworth.

Knightdale officers were investigating a single-vehicle collision on I-540 when their cruiser was struck from behind by another vehicle in the eastbound lanes near mile marker 22, according to police.

WNCN reported that a police vehicle caught fire during the crash and firefighters were on scene later Sunday morning.

Hayworth was still in training at the time of his death. His FTO, Cody Hagler, was transported to Wake Medical Center in Raleigh, N.C. His injuries were described as serious but not life threatening. The motorist involved in the earlier crash and the driver of the suspect vehicle were also both seriously injured, Dustin Tripp, the assistant town manager said in an initial press release, Fox reported.

“Alcohol is believed to have played a factor and charges are pending,” the release said.

Hayworth graduated from the East Wake Academy and was sworn in at the Knightdale Police Department on July 21.

“Ryan’s loss in an indescribable tragedy for our department and our community,” Knightdale police Chief Lawrence Capps said in a statement. “The pain of his death felt the most by his family, friends, and those who knew him best. As we began the process of healing, we ask that you join us in a season of prayer for all of those who have been forever touched by this heartbreaking event.”

The North Carolina Highway Patrol assumed the investigation of both collisions. They later said Dedric Romero Privette, 40, of Knightdale, was driving a black 2011 Mercedes Benz S550 traveling east on I-540, when he approached the crash site and failed to reduce his speed, WNCN reported. The driver involved in the earlier crash was also identified as Michael Routh Melugin, Jr., 45, of Cary.