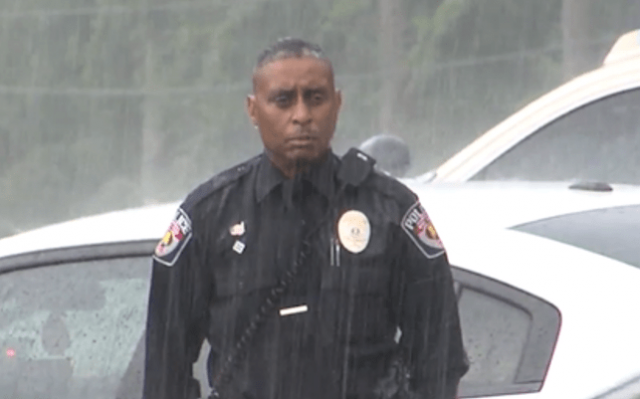 SPANISH FORT, Ala. — An Alabama police officer paying final respects gained national praise after a video of him standing at attention in the rain during the funeral procession for a 100-year-old U.S. Army veteran saturated social media.

Officer Newman Brazier of the Mount Vernon Police Department kept his respectful stance, donning his usual uniform instead of rain gear, despite the downpour as the body of Pfc. Robert Lee Serling was heading to the cemetery where it was laid to rest Monday by the 92nd Division of the Buffalo Soldiers in Spanish Fort, Alabama, according to WPMI-TV.

The officer’s respect drew the attention of some of the mourners at Serling’s funeral, including Eddie Irby Jr., who is the leader of a group for black veterans in Mobile, Alabama, according to The Associated Press.

“Somebody like that, you marvel at their respect, admiration, and all they stand for,” Irby Jr., president of the 92nd Infantry Division, told WPMI of Brazier’s act of honor. The 92nd “Buffalo” was a racially segregated all-black division in the two world wars.

“That’s what vets do,” said Brazier, who is a veteran himself, Western Journal reported.

Serling was one among the handful of African-Americans to fight for the nation in the Pacific theater of the Second World War. He had lived a long life of 100 years before he passed away on June 5.

“It was my point to let everyone in that area know that he was there,” Brazier said. “He was passing through, even if it was for the last time.”