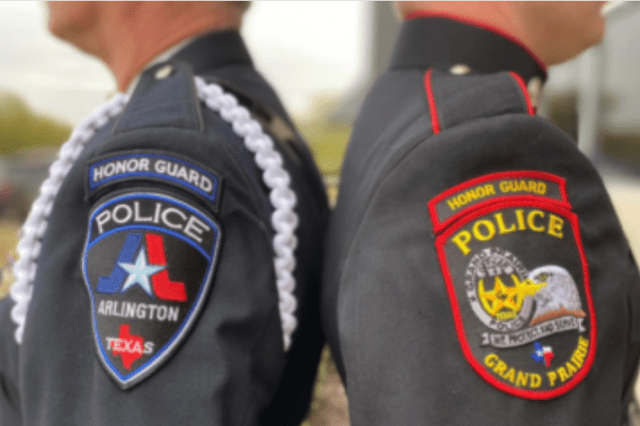 Naturally, the worst-case scenario for any police agency is when one or more of their own are killed in the line of duty. An obscure situation arises when colleagues of the fallen confront aspects such as attending funeral services while also bearing the 24/7 responsibility of ensuring continuous police services in their sovereign jurisdiction. What happens then?

As is the universal case in general law enforcement operations, other cops come to the aid and fill in the gap by pledging mutual aid in the form of sworn and non-sworn personnel with know-how and equipped with tools of the trade and the abilities to fulfill public safety objectives.

During my police career, I had observed this method and felt, as always, that the law enforcement family was tightly woven and capable enough for any scenario to be accordingly adopted and handled professionally, despite the utter pain of police loss(es).

It is a curious construct among cops.

Publicly, it is displayed in every police funeral service whereby cops from all over travel and form ranks with other LEOs, all in their formal class-A uniforms, and stand at attention in all manner of weather —blistering hot and blustery cold— to honor the fallen, their loved ones, and the respective law enforcement agency staff lined like soldiers bidding farewell to courageous comrades.

Respectfully, the affected police agency remains responsible for police coverage. To attend the final salute to their downed officer, neighboring law enforcement agencies stand in. To do so, they go through a process to attain jurisdictional authority and cater coverage, despite the shoulder patch indicating another city, town, or county’s icon and respective domain of police services provision.

In general, elected officials of each agency convene and develop proclamations, the contents of which spell out one conferring the authority and responsibility to another temporarily, for the sole purpose of the impacted agency to tend to their personal/professional needs stemming from grievous loss(es).

Exceptionally, a sheriff’s office already has countywide jurisdiction, so the formal agreements are less involved than a municipal police department requiring the full endorsement of the official governance presiding over the other city agency needing coverage by cops. In the event court attendance comes into play down the road, these official city-to-city proclamations help to allay any discrepancies (defense attorneys will pick at this vehemently, arguing “lack of jurisdiction”) and facilitate adjudication proceedings overseen by the judicial realm.

What helps mainstay such an arrangement is the regional homogeneity of varying law enforcement entities using the same jargon (numerical codes to abbreviate messaging and have it understood by all) and replicating specialized skills learned at the local police academy.

On that last note, even when newly hired officers come to the agency from afar, a “comparable compliance” model is instituted whereby the new cops are somewhat reshaped in the local ways and means of policing (ensuring they are up to snuff on state statutes and local ordinances). The purpose is to meet the equivalent of police academy training offered locally; this way, everyone is on the same page regarding the operations playbook (aka how they provide public safety services).

Having said that, the visiting police faces and uniforms and cruisers covering a jurisdiction may differ for a brief duration (while locally known cops attend the fallen officer’s funeral services), without negating protections and services to its citizens.

If there was ever a standout professional gesture among any occupation anywhere, this is one major contender.

Recently, the aforementioned details forged in the city of Grand Prairie, Texas, when one of its cops, Police Officer Brandon P. Tsai, was killed in the line of duty on November 14, 2022.

Per the Officer Down Memorial Page (ODMP), police Officer Brandon Tsai “was killed in a vehicle crash while pursuing a vehicle with a fraudulent temporary tag at about 10:45 p.m.”

That instance marked the beginning of police funeral preparations…

A neighboring law enforcement agency stood up and stepped in to bear the public safety responsibility so that Officer Tsai’s police brothers and sisters could pillar his loved ones mourning the insurmountable loss, with graveside tears and salutations punctuated by his final radio call…unanswered.

Like every other agency going above and beyond on behalf of the fallen, the Arlington, Texas, police force catered continuity of police services while donning black mourning bands across their justice shields (the latter detail an expression of cops from all geographic points tacitly recognizing a fallen comrade).

I recall when I was sworn in and received that black stretchy mourning band, its elasticity movable, a definitive contrast to those who wear it while standing firm in the face of evil forces, holding ground while mitigating malevolent actors who bizarrely give cause to the manufacture of mourning bands. The distribution from the get-go clangs every cop’s mental bell and inherent human toll.

The generic black mourning bands shrouding law enforcement badges are among the array of provisions disbursed to officers, deputies, troopers, and constables when they are new to the agency and duly equipped to do the job. Some customize the band with the fallen law enforcement officer’s badge number designation (as seen in the image above).

Indeed, a stark factor. Definitely a reminder of the insidiousness of evil with which those in the law enforcement profession vow to contend.

Such disgusting times we are enduring, with many LEOs paying the price with their lives. Given this, police ranks have become depleted. And that circles back, underscoring the noble nature of those who remain fighting the good fight, including standing in for the fallen, gesturally and literally filling the void so that any particular line-of-duty-death (and all those who wear the same police patch) is honored to the fullest.

The law enforcement institution is a close-knit group of professionals tending to whatever situation arises, wherever coverage is needed, whenever summoned so that an area’s residents and merchants are duly assured continuity of public safety covenants. This includes civilian staff such as police dispatchers fielding calls for service in the impacted agency’s communications center, crime scene analysts processing evidentiary matters at incidents, and animal control cadres responding to that kind of complaint.

Via the fine folks at the Arlington Police Department, we close with a final word for another hero laid to rest: “Officer Tsai, badge number 659, rest easy, brother. We have the watch from here.” Not just words but actions to back it all up.

Standing in on behalf of a police organization that suffered an enormous casualty does not only engender assuming public safety measures so the fallen officer’s colleagues can have solemn final goodbyes; it also dispatches some sworn and non-sworn law enforcement-employed individuals to represent and convey condolences while the majority handle business on the streets.

From a citizen lamenting the Grand Prairie PD’s tragic loss, “Thank God for those men and women willing to risk it all for their fellow citizens.”

About the author: Stephen Owsinski is a retired law enforcement officer whose career included assignments in the Field Training Officer (FTO) unit and the Community Traffic Safety Team (CTST). He is currently a researcher and writer who maintains a finger on the pulse of the police profession. Follow Stephen on Twitter @uniformblue.

Florida woman accused of flying daughter, 12, to have sex with Georgia man