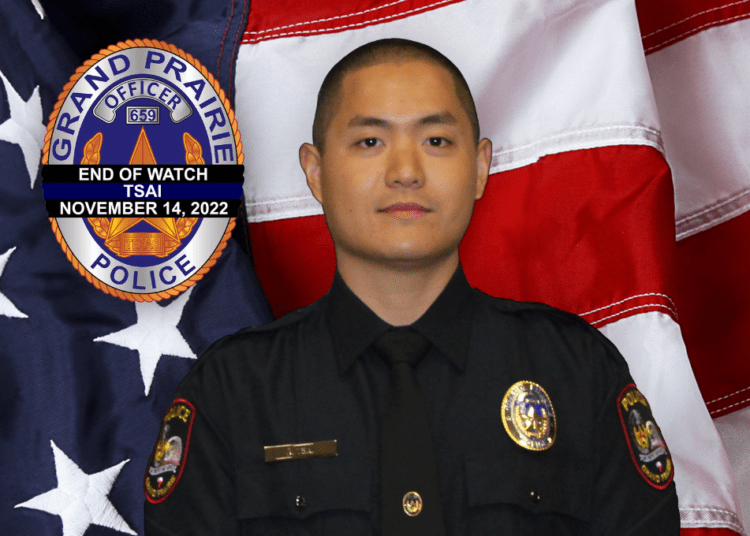 GRAND PRAIRIE, Texas – An officer with the Grand Prairie Police Department was killed Monday night after a crash that happened just as he began to pursue a vehicle with a fake paper license plate that failed to yield.

Officer Brandon Tsai was near the intersection of SW 3rd and Pioneer Parkway Monday about 10:45 p.m. when he located a vehicle displaying a fictitious paper license plate, according to the Grand Prairie Police Department.

Officer Tsai then attempted to stop the vehicle, but the driver fled in order to evade police. Tsai initiated a pursuit but lost control of his patrol unit, striking a light pole in the process, NBC DFW reported.

The patrol officer was rushed to Methodist Dallas Medical Center where he was pronounced dead.

The Grand Prairie Police Department is mourning the loss of one of our officers who died in the line of duty. It is with heavy hearts that we report Officer Brandon Paul Tsai passed away after being involved in a traffic collision Monday night.

“He was a loving friend, a trusted colleague and an outstanding officer whose passion was providing service to the public,” said GPPD in a Tuesday morning statement.

The traffic fatality is under investigation and there is no additional information currently available.