The event has been moved to October 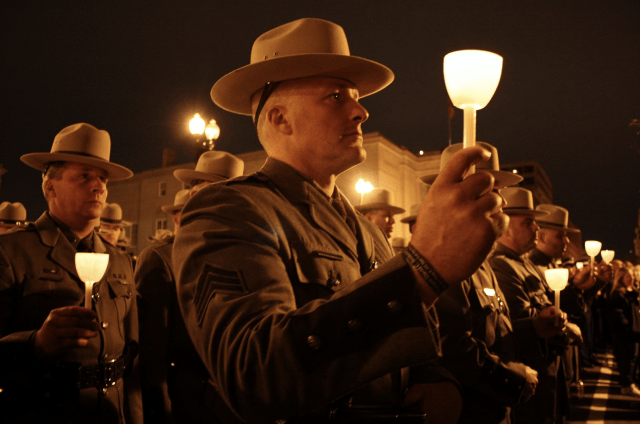 The original event was to be held May 11-16, 2021. The organizers cited the inability to secure necessary permits in time for in-person gatherings due to the ongoing COVID-19 restrictions. 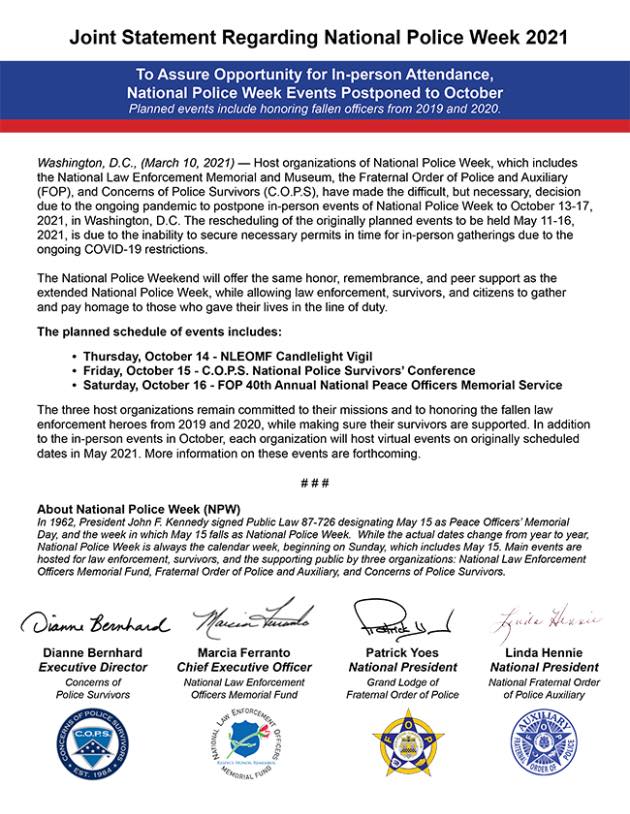 The National Police Weekend will offer the same honor, remembrance, and peer support as the extended National Police Week, while allowing law enforcement, survivors, and citizens to gather and pay homage to those who gave their lives in the line of duty.

The planned schedule of events includes:

According to an issued press release, “the three host organizations remain committed to their missions and to honoring the fallen law enforcement heroes from 2019 and 2020, while making sure their survivors are supported. In addition to the in-person events in October, each organization will host virtual events on originally scheduled dates in May 2021.”

In 1962, President John F. Kennedy signed a proclamation which designated May 15 as Peace Officers Memorial Day and the week in which that date falls as Police Week. Currently, tens of thousands of law enforcement officers from around the world converge on Washington, DC to participate in a number of planned events which honor those that have paid the ultimate sacrifice.

The Memorial Service began in 1982 as a gathering in Senate Park of approximately 120 survivors and supporters of law enforcement. Decades later, the event, more commonly known as National Police Week, has grown to a series of events which attracts thousands of survivors and law enforcement officers to our Nation’s Capital each year.

National Police Week draws in between 25,000 to 40,000 attendees. The attendees come from departments throughout the United States as well as from agencies throughout the world. This provides a unique opportunity to meet others who work in law enforcement. In that spirit, the Fraternal Order of Police DC Lodge #1 sponsors receptions each afternoon and evening during Police Week. These events are open to all law enforcement personnel and are an experience unlike any other.