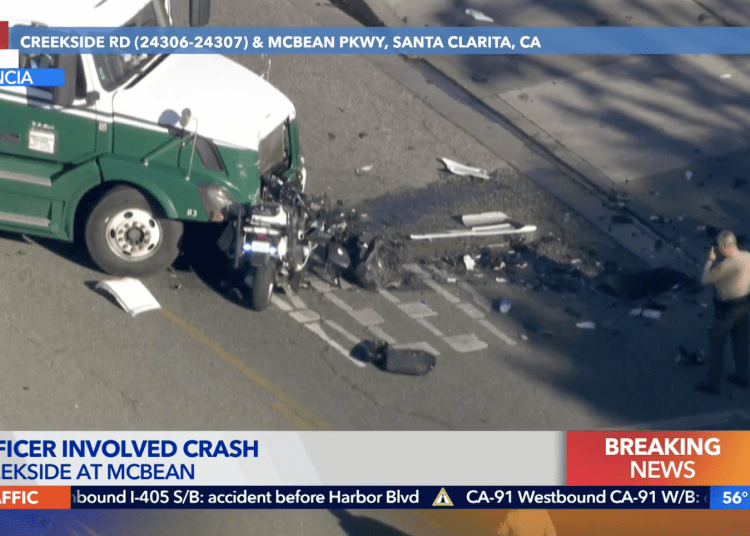 The crash was reported about 7:23 a.m. near the intersection of Creekside Road and McBean Parkway, a tweet from the Santa Clarita Sheriff’s Station read.

The deputy was initially transported to a local hospital in unknown condition, according to the tweet.

A deputy involved traffic collision occurred this morning on Creekside Road/McBean Parkway in Valencia. The deputy was transported to a local hospital and his conditions are unknown at this time. Please avoid the area as an investigation is still ongoing. pic.twitter.com/2C2FnJFZqT

A Sheriff’s Department spokesperson later indicated the deputy was in serious condition and was still being evaluated, KTLA reported.

Aerial video from the scene showed the deputy’s badly damaged motorcycle partially wedged under the front of a big rig that appeared to be making a left turn into a driveway at the time of the crash.

A portion of Creekside Road was shut down between McBean Parkway and Valencia Boulevard during the investigation.

No further information about the cause of the crash or the driver of the big rig were immediately available.