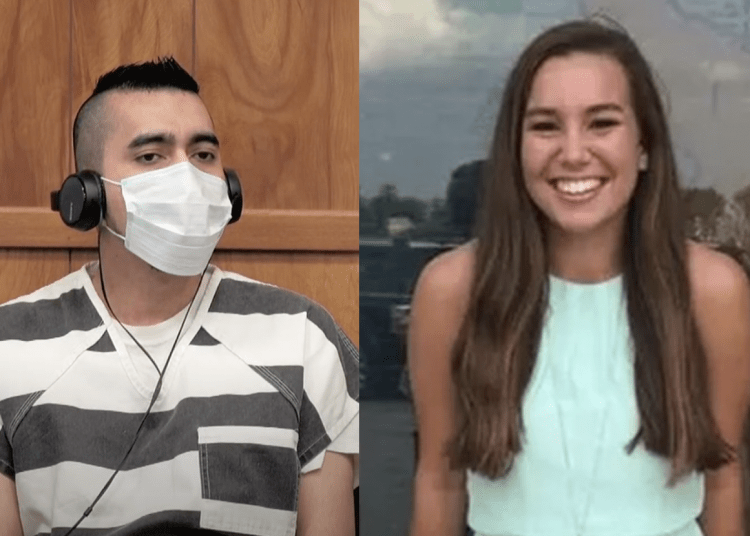 Cristhian Bahena Rivera was sentenced to life in prison without the possibility of parole on Monday for the kidnapping-murder of Mollie Tibbetts. (YouTube)

IOWA CITY, Iowa — The former farmhand convicted in the 2018 kidnapping-murder of Mollie Tibbetts, a University of Iowa student, was sentenced to life in prison without the possibility of parole Monday, three years after she disappeared while on an evening run.

Cristhian Bahena Rivera, 27, who testified that he came to the U.S. illegally from Mexico as a teenager, was given the maximum penalty by Judge Joel D. Yates.

“You, and you alone, forever changed the lives of those who loved Mollie Tibbetts. And for that, you and you alone will receive the following sentence,” Judge Yates told Rivera, according to NBC.

The Mexican national migrant worker was reportedly silent and emotionless as his fate was delivered by the judge.

Tibbetts, 20, disappeared while running on a rural road outside her hometown of Brooklyn, Iowa on July 18, 2018. Detectives were led to Rivera after surveillance video from a nearby resident appeared to show his Chevy Malibu repeatedly driving past Tibbetts as she was jogging, Fox News reported.

After a month-long investigation, Rivera led authorities to an open cornfield where Tibbetts body was found stabbed between seven and 12 times in the chest, neck and skull, according to prosecutors.

Rivera testified that two mysterious masked men men appeared in his trailer the day Tibbetts went missing and forced him to take part in the murder. However he was convicted of the violent homicide on May 28, New York Post reported.

“Based upon the facts and circumstances of this case, it is very well deserved,” prosecutor Scott Brown said of the life sentence without the possibility of parole.