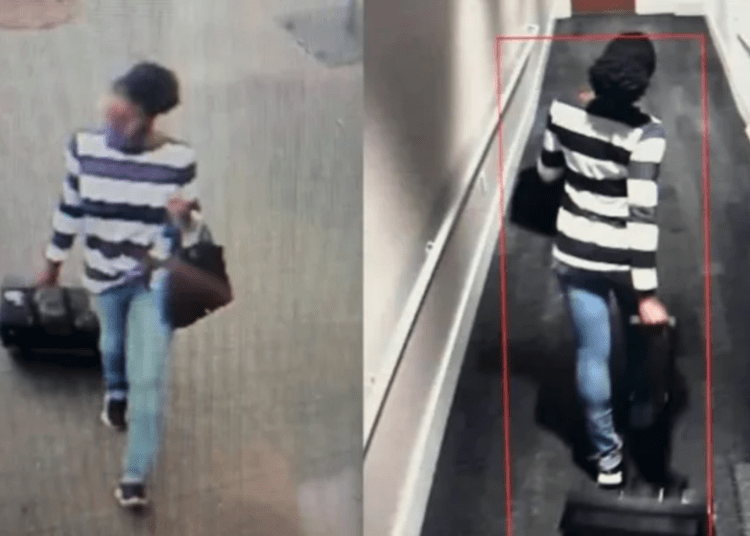 UPDATE: ActionNewsJax has reported that a second victim has died in Monday’s Midtown shooting in Atlanta.

ATLANTA — The Atlanta Police Department said they have arrested a woman accused of shooting three people and killing one inside a Midtown condo building.

Police were called to the condominium complex at 1280 West Peachtree St. around 1:45 p.m. regarding a shooting. Local reporters confirmed one person is dead, according to WSB-TV.

A witness said the shooting took place inside the management office. Neighbors who live in the building told reporter Larry Spruill that the shooter was a woman, which police later confirmed.

Atlanta police released photos of the woman they said was responsible for the shootings, according to multiple reports.

Although details are scarce, law enforcement authorities made the arrest about 4:14 p.m. at Hartsfield-Jackson Atlanta International Airport, Yahoo News reported.

A viewer of Channel 2 Action News tweeted a photo showing what appears to be the woman accused of the shooting as she’s being taken into custody at the airport.

Police said they are still investigating to determine was ignited the deadly shooting, WSB-TV reported.

“We are grateful for the assistance of our public safety partners who assisted in this situation. Specifically, the Fulton County Sheriff’s Office, Fulton County Marshalls Office, MARTA Police, Georgia State University Police, Georgia Tech Police Department, the ATF, Atlanta Fire Rescue Department and Grady EMS. With the help of our public safety partners and our extensive camera network, we were able to locate the suspect and safely apprehend her at Hartsfield Jackson Atlanta International Airport,” APD said in a press statement Monday afternoon.

Police have not immediately released the identities of the victims or the homicide suspect.