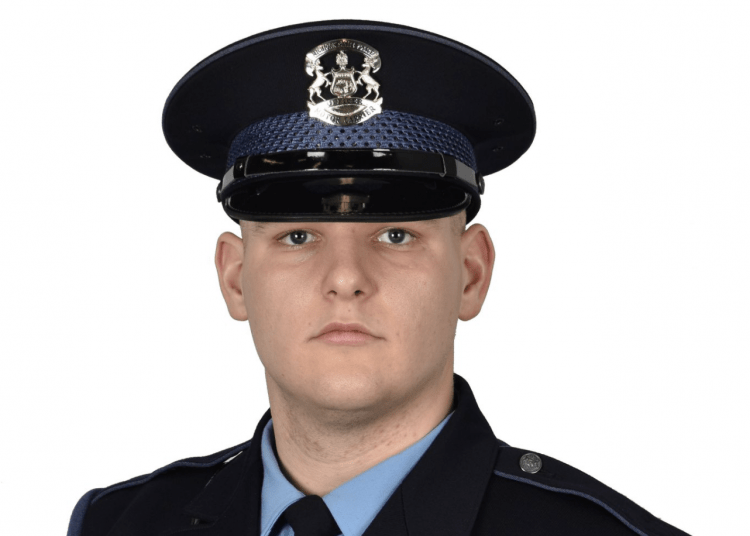 LANSING, Mich. – An officer with the Michigan State Police was honored with an award for bravery on Monday for actions taken several months ago while off-duty, according to a report.

Motor Carrier Officer Jacob Lauer, of the MSP St. Ignace Post, received the award for his life-saving efforts that also put himself in danger while pulling an unconscious man from a burning semi-truck, mlive.com reported.

Lauer was on vacation in March and traveling along the highway when he saw heavy, black smoke coming from a semi-truck that was in the ditch and on fire off US-23 in Monroe County.

The off-duty officer stopped to offer assistance prior to arrival of first responders. Several truck drivers were also present trying to fight the flames with extinguishers. The driver was unconscious, belted into his seat and partially pinned by the steering wheel.

Lauer essentially organized a rescue party to help him pull the driver through the windshield. They got the driver out shortly before the semi became fully engulfed in flames and the tires exploded due to extreme heat and pressure, according to mlive.com.

The trucker had two major lacerations on his head and Lauer rendered medical aid until first responders arrived at the scene.

For his actions, Lauer received the Michigan State Police Bravery Award on Monday.

“Motor Carrier Officer Lauer knowingly endangered himself when he took swift and immediate actions to save this man’s life,” said Lt. Chad Larsen. “We are incredibly proud of him and know he would do the same again, if put in the same situation.”

Lauer has been with the Michigan State Police since August 2018.