The Incident Is Being Investigated As Criminal Assault 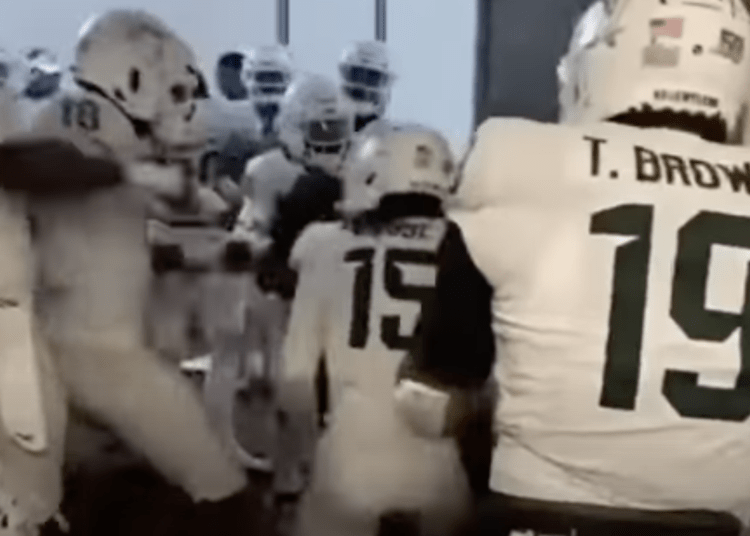 After the fourth-ranked Wolverines beat the Spartans 29-7, social media posts showed at least three Michigan State players pushing, punching and kicking McBurrows in and near a hallway that does not lead to either locker room.

Police have launched an investigation into an ugly postgame fight, according to the Detroit News.

Michigan coach Jim Harbaugh said a second player, who he did not identify, was also attacked and one was injured and might have a broken nose.

“Two of our players were assaulted,” Harbaugh said. “I saw on the one video. Ten on one. It was pretty bad.

Harbaugh called for a full investigation into the incident.

The New York Post reported that Michigan athletic director Warde Manuel said the police and Big Ten Commissioner Kevin Warren, who attended the game, are looking into the fracas.

Footage of the scuffling pic.twitter.com/cipLWi5RBS

“This is not what the rivalry should be about. It should not be how it is remembered.”