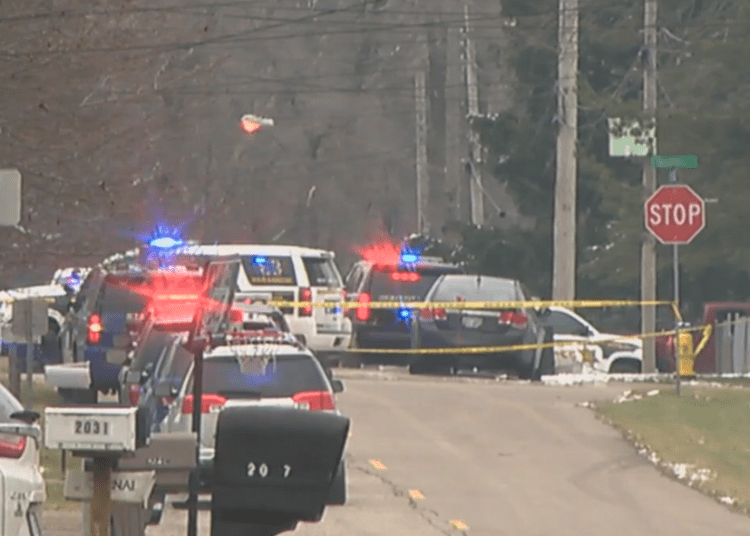 BURTON, Mich. — An officer of the Burton Police Department and a deputy of the Genesee County Sheriff’s Office are reportedly in critical condition following a shooting in Burton Tuesday afternoon. The gunman died in the gun battle, according to a report.

The officer and deputy responded to the area of Saginaw Street and Bristol regarding a “shots fired” call, according to Genesee County Prosecutor David Leyton, WJRT reported.

Law enforcement authorities received a description of the male suspect while they were en-route to the call. Upon arrival, the officer and deputy located the suspect and a foot pursuit ensued.

The fleeing suspect attempted to scale a fence during the chase, yet it collapsed, Leyton said. As the officer and deputy began to pull the fence off the suspect, he opened fire on the first responders.

Both the officer and deputy returned fire, striking the suspect multiple times, according to Leyton. The perpetrator did not survive the shooting.

The officer and deputy both were rushed to local hospitals. They were each listed in critical condition, according to authorities.

MSP is assisting Burton PD with an officer involved shooting that just occurred. NO ADDITIONAL INFO is available at this time, but will be posted here when it is. pic.twitter.com/UFEhgaM6OZ

As a result of the fatal shooting, law enforcement had a heavy presence in the area of Saginaw Street and Bristol Road on Burton’s west side.

Officials said the officer was expected to survive. The deputy was undergoing surgery, WJRT reported. Further details were not immediately available.

“My thoughts and prayers are with them,” Leyton said. “I hope they recover from this terrible tragedy. This is a reminder of the danger officers face every day when they leave their home.”

Michigan State Police as well as other allied agencies were on scene to assist with the investigation Tuesday afternoon.