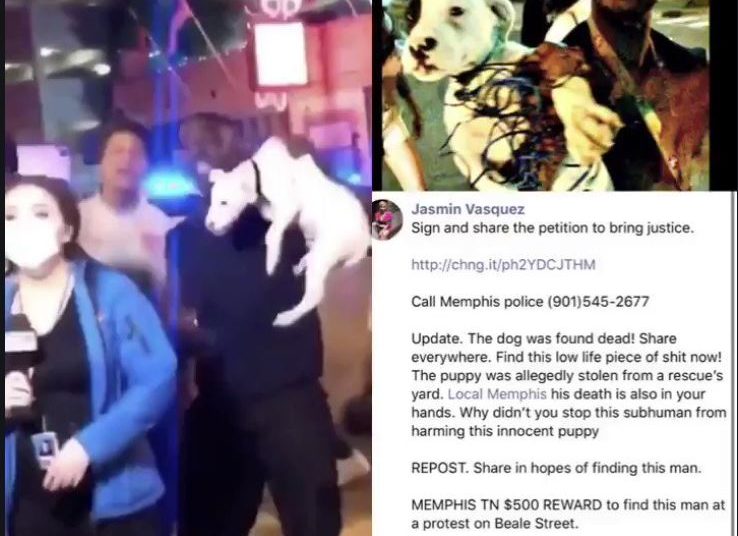 Earlier this week, reports surfaced on social media that a dog was stolen from an Animal Rescue Center, abused on the streets of Memphis during the riots and later hung and killed.

The mainstream media hasn’t mentioned a word on the story so we set out to find more information on this disturbing report.

What we do know is the dog was mistreated on national television while a reporter was covering the violence. Thankfully for this thug, he wasn’t a female in a New York City Park or every reporter on the planet would be pursuing the story. 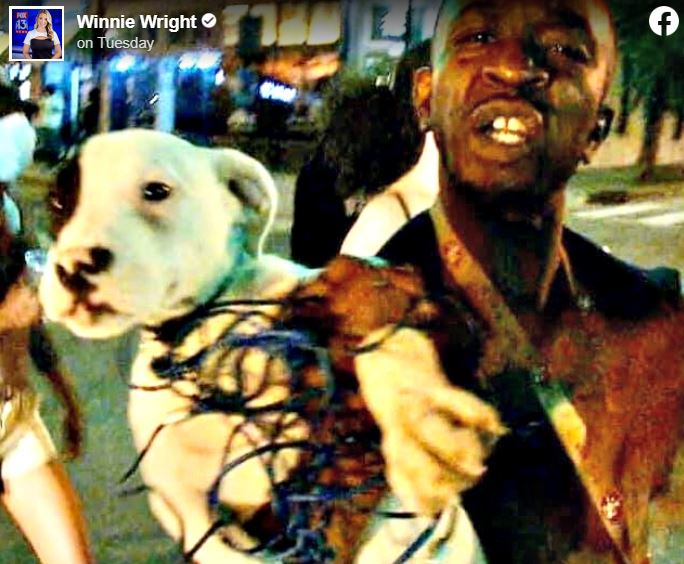 During a news broadcast out of Memphis, a protester could be seen with a white dog that had a large black spot over its eye. At certain points during the broadcast, he appeared to hold the dog up by the neck for the camera. You can see the video below, shared on Twitter. The Twitter account writes that the dog was later killed

Law Officer has not been able to confirm whether the dog was killed but it hasn’t been seen since the above video went viral.

However, a local Memphis reporter looked into the story and is encouraging others to look for the dog.

Winnie Wright of Fox 13 in Memphis has investigated the claims and has not been able to verify that the dog was stolen or killed. She emphasized that this is important because people should continue looking for the dog if it’s still alive.

Wright later updated her Facebook post and said she spoke with Memphis Animal Services and said they had also not been able to verify that the dog was stolen from a local rescue and killed. She wrote:

UPDATE: I’ve spoken to Memphis Animal Services. They, too have not been provided one shred of evidence that the dog was “stolen from rescue” and killed.

This all appears to be coming from people who do NOT live in Memphis.

That mean this dog can still be located and potentially saved. My advice: don’t listen to people not from this area. 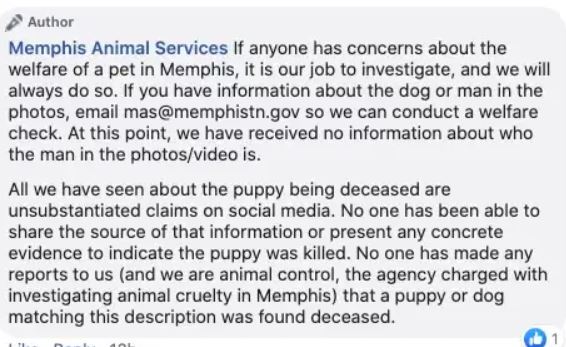 A petition is circulating about the dog that’s been signed by more than 90,000 people.

The petition’s headline reads: “Maximum sentence for man who tortured dog on live news in Memphis Tn.” The petition reads, in part: “We demand Memphis Police and DA take immediate action arrest and enforce maximum penalty for this innocent, voiceless, dog. This is a horrible act from a dangerous  man obviously without conscious. Show the country we will not tolerate animal abuse and we will stop it!”

This is an ongoing story and we will update it as we get more information. If you have any information about the dog, you can contact Memphis Animal Services at [email protected]