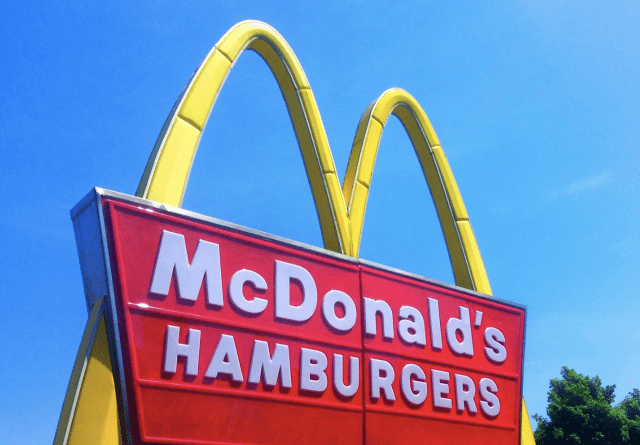 BAKERSFIELD, Calif. – Management at a McDonald’s reportedly caught an employee tampering with food being prepared for a police officer.

The employee was taken into custody after the local sheriff’s office was made aware of the incident. The suspect had previously accused the local police department of excessive force for a 2017 encounter with law enforcement officers.

The incident occurred at a McDonald’s in Bakersfield, Calif., ABC 23 reported. According to the report, the employee was accused of tampering with a police officer’s food on Tuesday. As a result, she was taken into custody Saturday morning and booked on one felony count of tampering with food.

The restaurant’s management became aware of the incident while reviewing footage, which they turned over to law enforcement authorities.

In a press release obtained by ABC 23, the Kern County Sheriff’s Office said they obtained video footage of Tatyana Hargrove, 21, tampering with the food. Moreover, based on the footage, her actions appeared to be intentional.

It has not been revealed what exactly Hargrove did to the food, but the Bakersfield Police Department confirmed to Bakersfield.com that a BPD officer was involved in the incident.

Back on Father’s Day in 2017, Hargrove was shopping near Ming Avenue and Ashe Road. She says she was stopped by police and asked to hand over her backpack.

In a video produced by the NAACP, Hargrove said,”They never told me why they stopped me but after they beat and threw me in the cop car, that’s when they explained that there was some guy with a machete that was inside the grocery store and they were looking for him and I matched the description.”

According to the police report obtained by 23ABC back in 2017, the suspect was described as a black male in his 30s with a goatee, around 5’10”, 160 pounds, wearing a white T-shirt, and holding a pink duffle bag and a black backpack. The report states that officers saw Hargrove, who is 5’2 and 120 pounds, wearing a white T-shirt and having a red and black backpack on. When officers asked to put her hands in the air, Hargrove resisted.

In 2017, Hargrove sued the city of Bakersfield, alleging excessive force and civil rights violations after she was detained.

The officers denied Hargrove’s claims that officers used excessive force, instead claiming that she resisted their efforts. In October, a district court ruled in favor of the arresting officers, ABC 23 reported.

In a statement obtained by Fox News, the McDonald’s owner, Jim Abbate, said, “I want to ensure our customers and law enforcement that the behavior exhibited by the individual involved in this incident does not represent my values nor those of my McDonald’s business. When we found out about this disturbing incident, we quickly notified the police. We are cooperating with their investigation and want law enforcement to know they are always welcome at McDonald’s.”