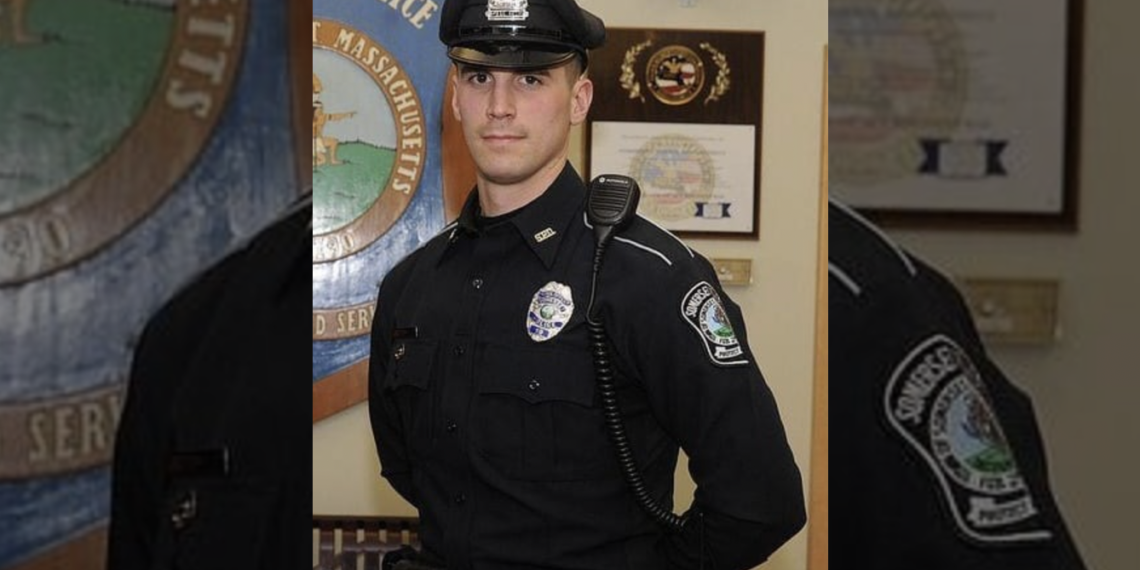 SOMERSET, Mass. — A call to police about a shoplifting incident has turned into something much bigger for a Massachusetts police officer who felt the punishment didn’t necessarily fit the crime.

A few days before Christmas, Matt Lima of the Somerset Police Department was dispatched to the local Stop and Shop for a reported theft.

“The allegation was the two females were scanning some items at self-checkout but bypassing other items and bagging those items,” explained Lima. “Dispatch indicated it was two females and two young small children and they were detained by Loss and Prevention over there.”

So instead of arresting them, he bought a $250 gift card to pay for Christmas dinner.

“I have two girls myself, similar in age to the two girls that were there, so it kind of struck me a little bit,” Lima told WJAR.

Consequently, the officer was moved when he learned that the mother of the two kids had no job, and the food they were stealing was for their holiday dinner. “There was nothing else on there like health and beauty items, shampoo, anything like that. It was all food,” he said. “I just tried to put myself in that family’s shoes and show a little bit of empathy.”

Somerset Police Chief George McNeil praised the officer in a statement that said, “This incident is a true testament of Officer Lima’s great character and decision making.”

The store issued to two women a “no trespass” order.

“I would like to personally commend Officer Lima for his actions,” Chief McNeil said. “His actions exemplify what it means to protect and serve the members of our community. When faced with a difficult situation in which a family was trying to provide a meal for their kids, he made the generous decision to not press charges and instead ensured that they would have a Christmas dinner they could enjoy.”

Law Officer is the only major law enforcement publication and website owned and operated by law enforcement. This unique facet makes Law Officer much more than just a publishing company but is a true advocate for the profession.
Share—and speak up for law & order...
Tags: George McNeilMatt LimashopliftingSomerset Police Department