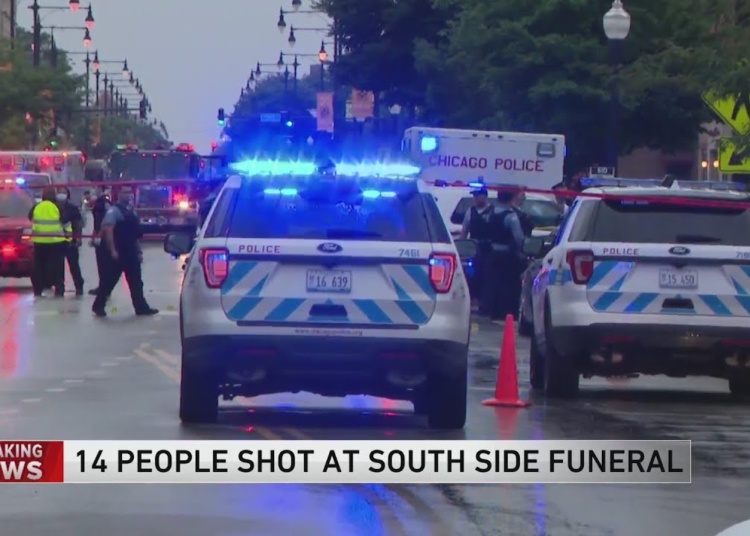 At least 14 people were wounded Tuesday evening in a mass shooting directed at people attending a funeral in Chicago.

The incident comes just hours after Chicago Mayor Lori Lightfoot said that federal agents are being sent to the city to curb violence.

Just minutes before the shooting, Lightfoot took to twitter and said this:

“Under no circumstances will I allow Donald Trump’s troops to come to Chicago and terrorize our residents.”

It is being described by witnesses as a gruesome scene.

Chicago Police First Deputy Supt. Eric Carter said a black vehicle was heading west on 79th Street at 6:30 p.m., when people inside began firing at attendees of a funeral. The funeral was taking place at the Rhodes Funeral Services funeral home at 1018 W. 79th St.

A Chicago funeral leaves at least 14 wounded—this after last weekend which left 12 dead.

How many confederate generals were spotted leaving the scenes of the crime?#WeveGotACountryToSave

Social Media discussions are saying that there were threats towards the attendees prior to the funeral.

The attendees of the funeral began firing back at the vehicle.

14 victims were taken to five hospitals in unknown conditions. At least 60 shell casings were located.