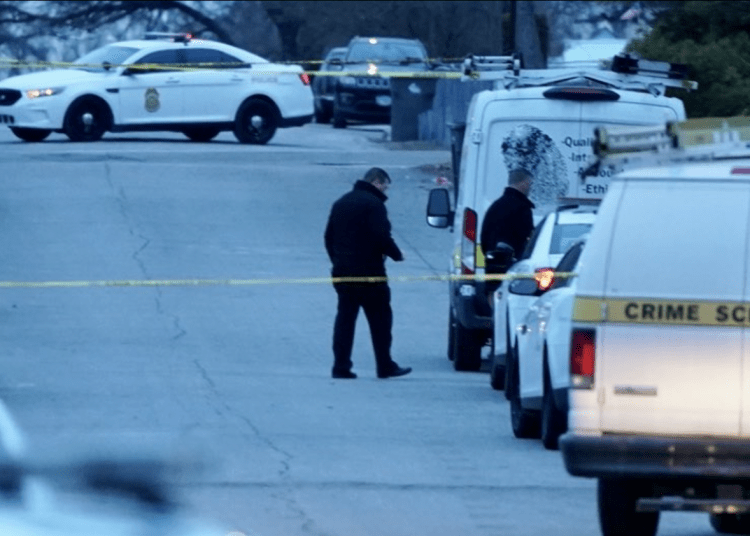 INDIANAPOLIS — The Indianapolis Metropolitan Police Department is investigating what they call the city’s “largest mass casualty shooting in more than a decade.” An overnight bloodbath on the northeast side of the city left multiple people dead, including a pregnant woman and her unborn child, early Sunday morning, authorities say.

“What happened this morning was a mass murder. A choice of an individual or individuals to bring, and I do not use these words lightly, terror to our community,”  said Mayor Joe Hogsett. “Today Indianapolis has lost much. Including an unborn life. Justice will be done.”

Police were first called to the 3300 block of East 36th Street on a reported shooting just after 4 a.m. A juvenile victim was found there and taken to the hospital in critical condition. The juvenile is expected to survive, WKYC reported.

Then officers discovered multiple shooting victims in the same area in the 3500 block of Adams Street around 4:41 a.m.

“I myself am heartbroken for the lives that were taken too soon, for the young life that has forever been changed, and for the life that never got a chance to start,” said IMPD Chief Randal Taylor.

Homicide detectives have their work cut out. They are working to determine what happened as police cordoned off a block in each direction to search the area for evidence.

3/3 Police have expanded their perimeter at least a block in each direction as their search/investigation continues. @MaryWTHR has an update coming up at 9am pic.twitter.com/CqnnKvVDVQ

Police said it appears the family was targeted and they do not believe there is a threat to the public at this time.

“There are no right words to say at this time, how our community must come to terms with the largest mass casualty shooting in more than a decade,” Taylor said.

UPDATE: The mayor and police chief hold a press conference after 6 people killed, including a pregnant woman and an unborn child. A juvenile was also shot but expected to survive.

Officials are calling this a targeted mass shooting at one home @WTHRcom pic.twitter.com/aIDq2hZevv

The area where the shooting happened is along East 36th Street, five blocks west of Sherman Drive.

There were several other shootings before and after this incident, WKYC reported. However, details were sparse.

Police ask anybody with information about the shootings call the IMPD Homicide Office at 317-327-3475 or Crime Stoppers at 317-262-TIPS.