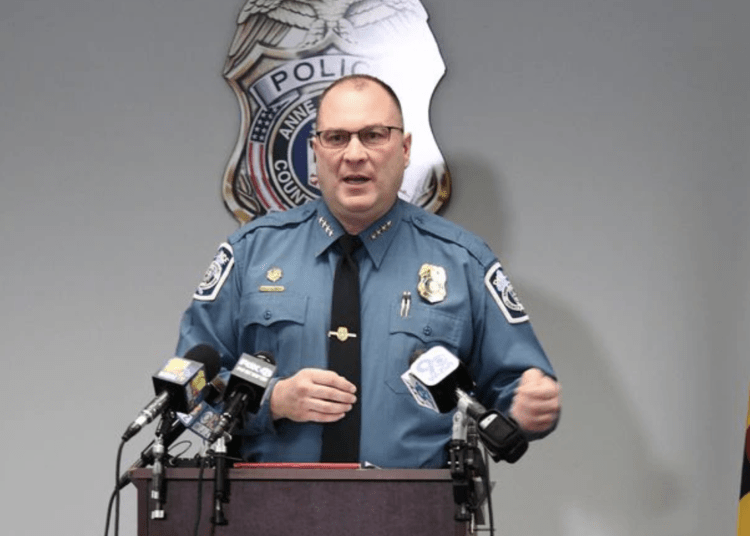 ANNE ARUNDEL COUNTY, Md. — In what was described as a surprise announcement last week, Anne Arundel County Police Chief Timothy Altomare said he will retire August 1 after two decades with the department.

Altomore’s retirement comes days after a use-of-force lawsuit was filed against three of the department’s officers stemming from a February 2019 traffic stop in Gambrills, Maryland, WUSA reported.

In an opinion column to the Capital Gazette,  Altomare said his retirement has “nothing to do” with the 2019 case, but that he could no longer support “a future in which cops’ rights are stripped away and your officers are treated like the criminals.”

I am sad to announce that our Police Chief, Tim Altomare, is retiring. @ChiefTAltomare has been an outstanding police chief. He took a divided and damaged department in 2014 and implemented more 21st Century Policing Task Force reforms than any Maryland department that I know of. pic.twitter.com/Oa4wMEtQH0

He said he supported the efforts of activists to rally, and he stands with protesters, but said the movement to reduce policing efforts will have damaging impacts to the country.

“There is a movement in this nation and in this county to remove the teeth of the police,” the letter reads. “It is wrong and it will have grave and lasting effects that you will see and feel. Violent crime is already ramping up across the country and here, in our county. I have been told I should be ashamed of considering us sheepdogs, that it is somehow biased against certain groups. That is false!”