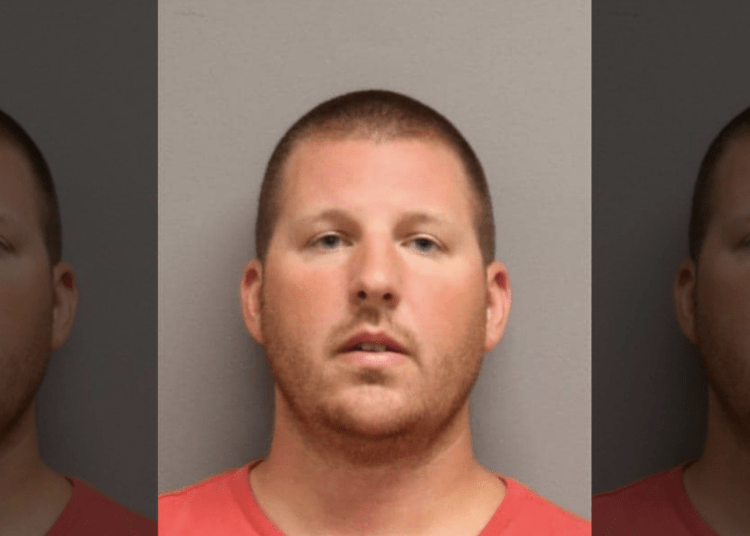 ANNE ARUNDEL, Md. — A Maryland police officer is facing burglary charges after his boss received information that he “may have stolen firearms and other property” from a home where his department was investigating a death.

Police said that Cpl. Jacob Miskill of the Anne Arundel County Police Department was arrested Friday and suspended without pay stemming from the late April incident. He is a five-year veteran of the department, Fox News reported.

“The actions of this individual are contrary to the sacred oath that we as Police Officers take to protect and serve our community and to uphold the laws of the state of Maryland,” Chief William Lowry said in a statement. “This Officer’s criminal actions tarnish the badge worn by every Anne Arundel County Police Officer and the actions are inexcusable.”

The department said Lowry received information that Miskill “may have stolen firearms and other property” while responding to a residence in Pasadena, where an unattended death occurred.

An internal investigation was launched and then, following the execution of a search warrant at Miskill’s home, he was taken into custody.

Police did not reveal what evidence was discovered at the officer’s home. However, he was booked on three counts of burglary and misconduct in office, among other crimes, Fox reported.

“When a police officer uses the authority bestowed by the badge to facilitate criminal activity of any kind, that officer is undermining law enforcement everywhere,” County Executive Steuart Pittman said. “This cannot and will not be tolerated.”